The next project is a mini-study developed in a former maid's room (three pre-existing buildings), on a plot of only 27m² in the backyard of a house in the Del Valle of Mexico D.F. 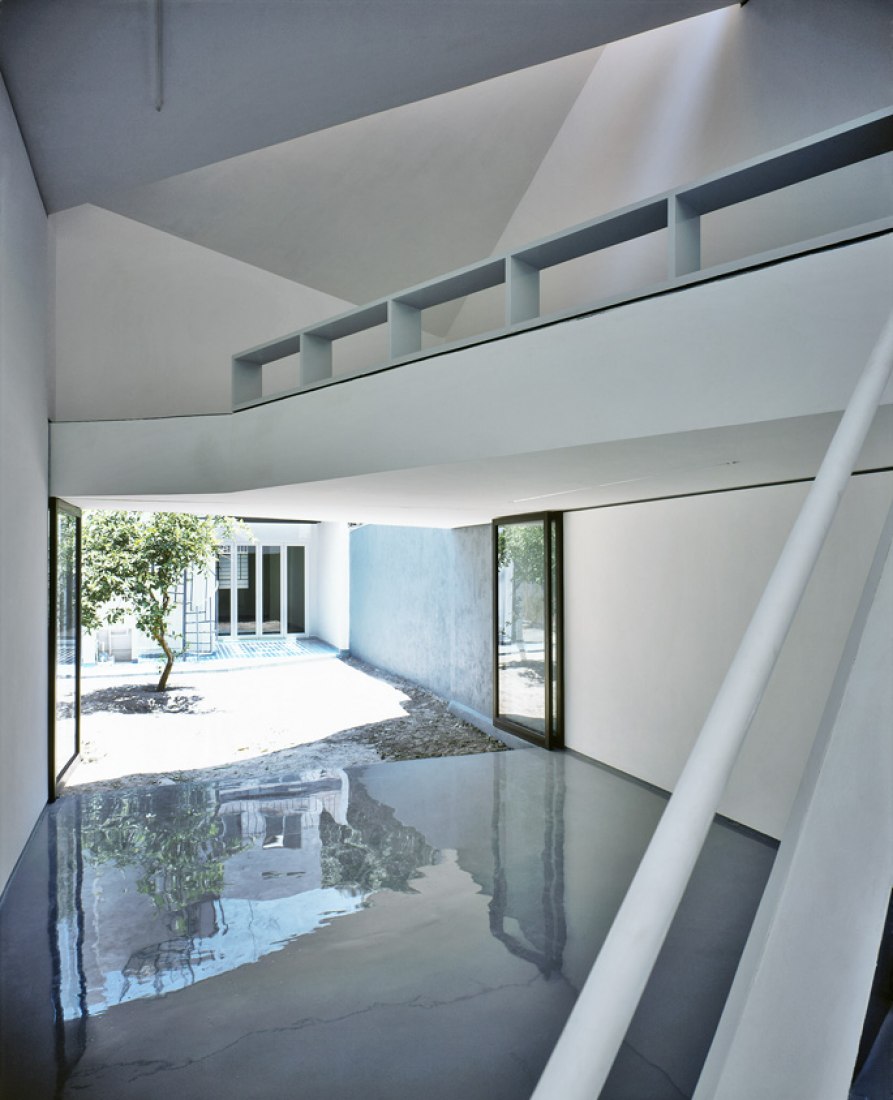 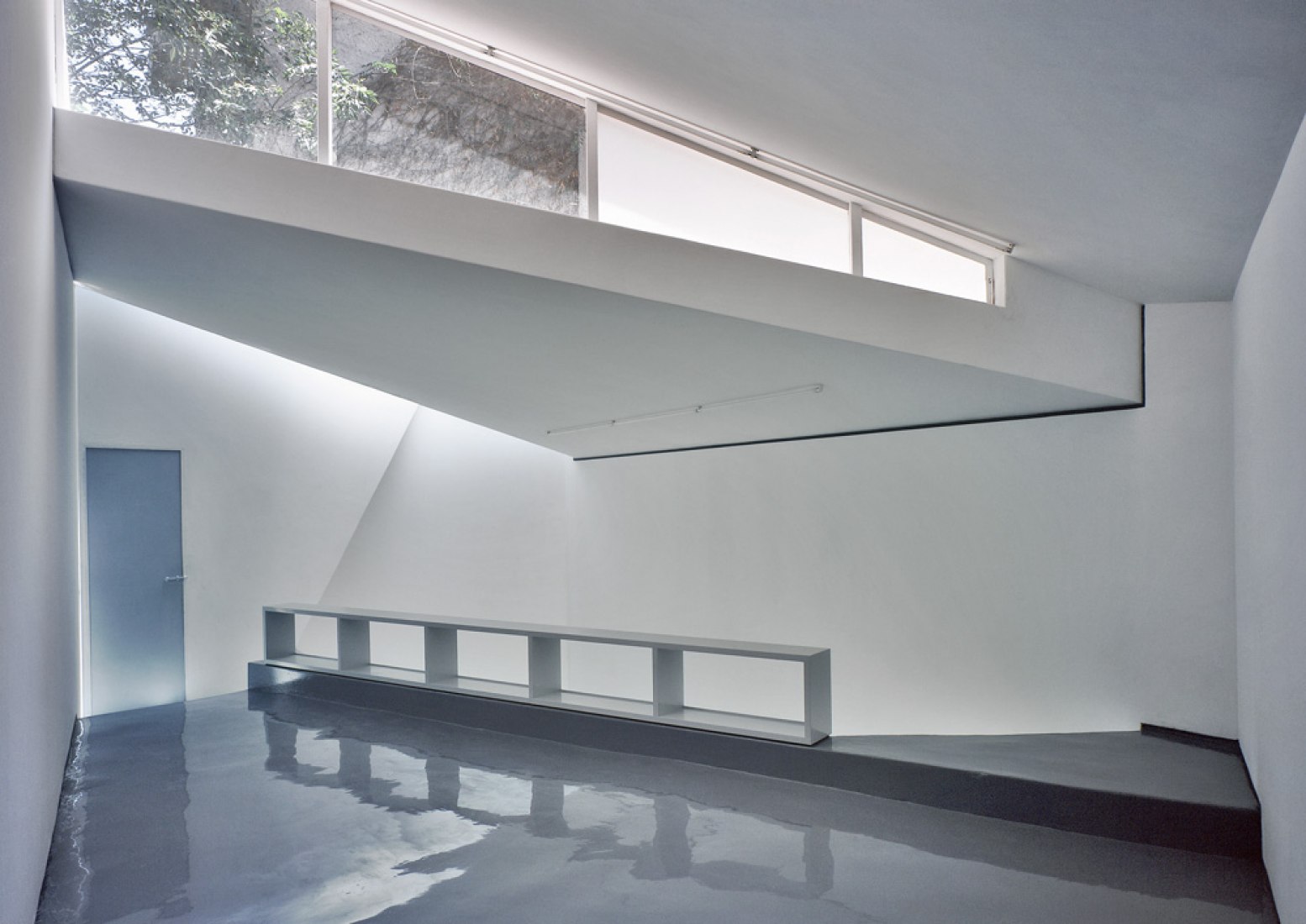 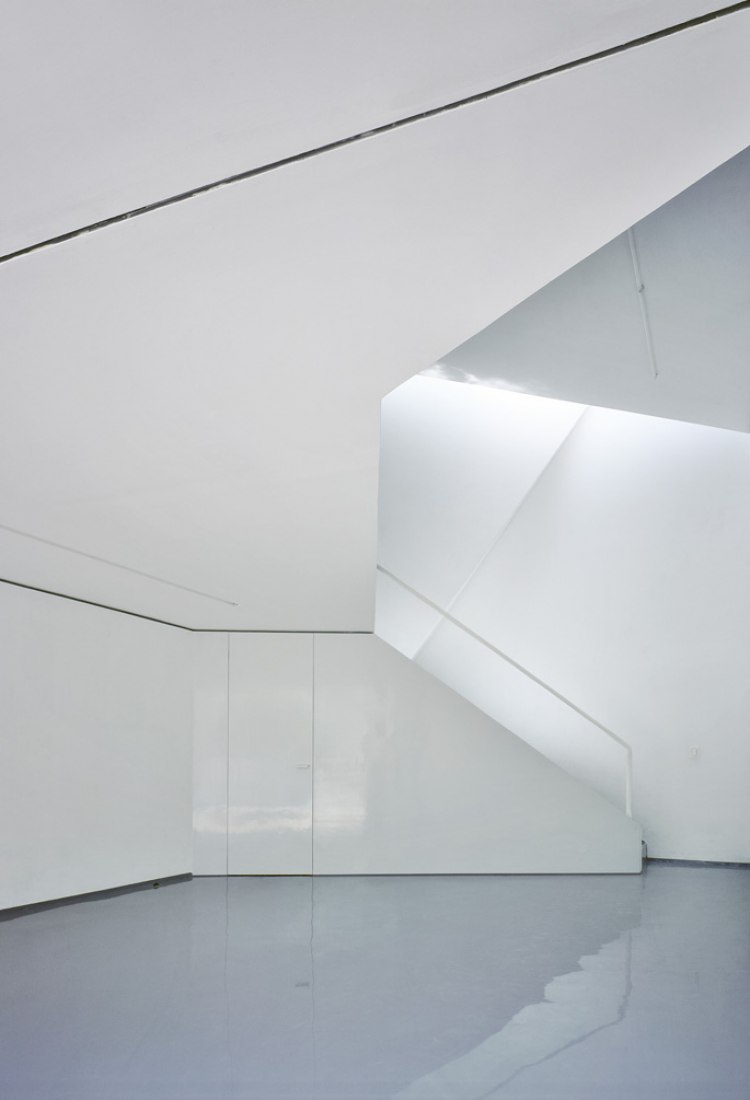 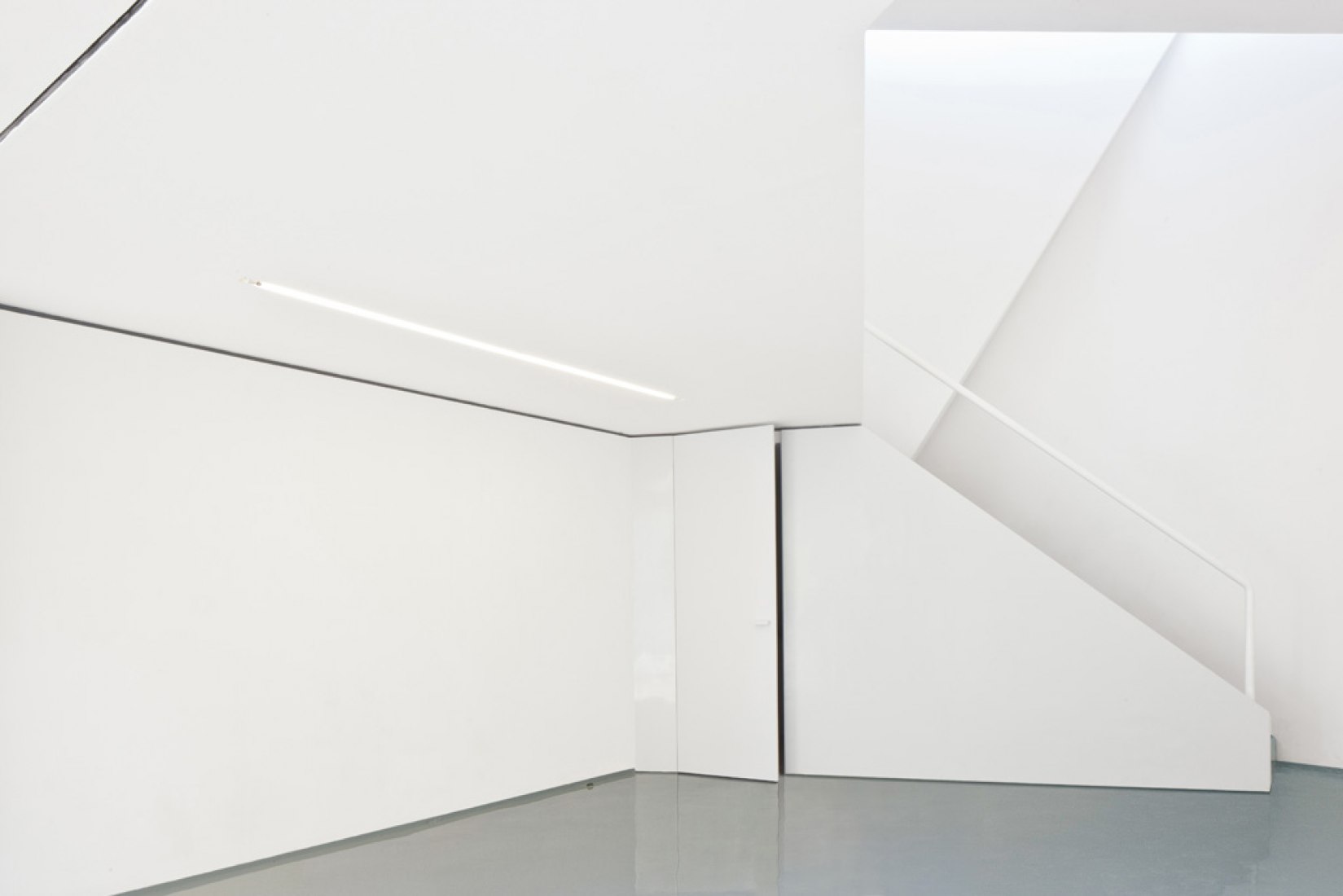 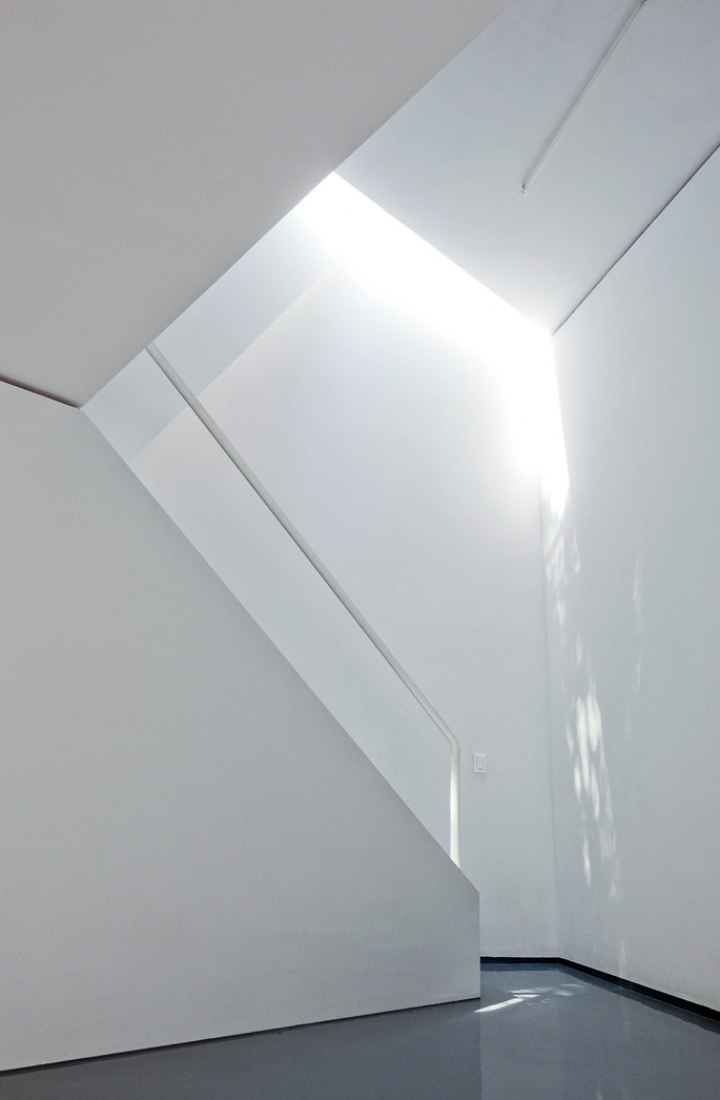 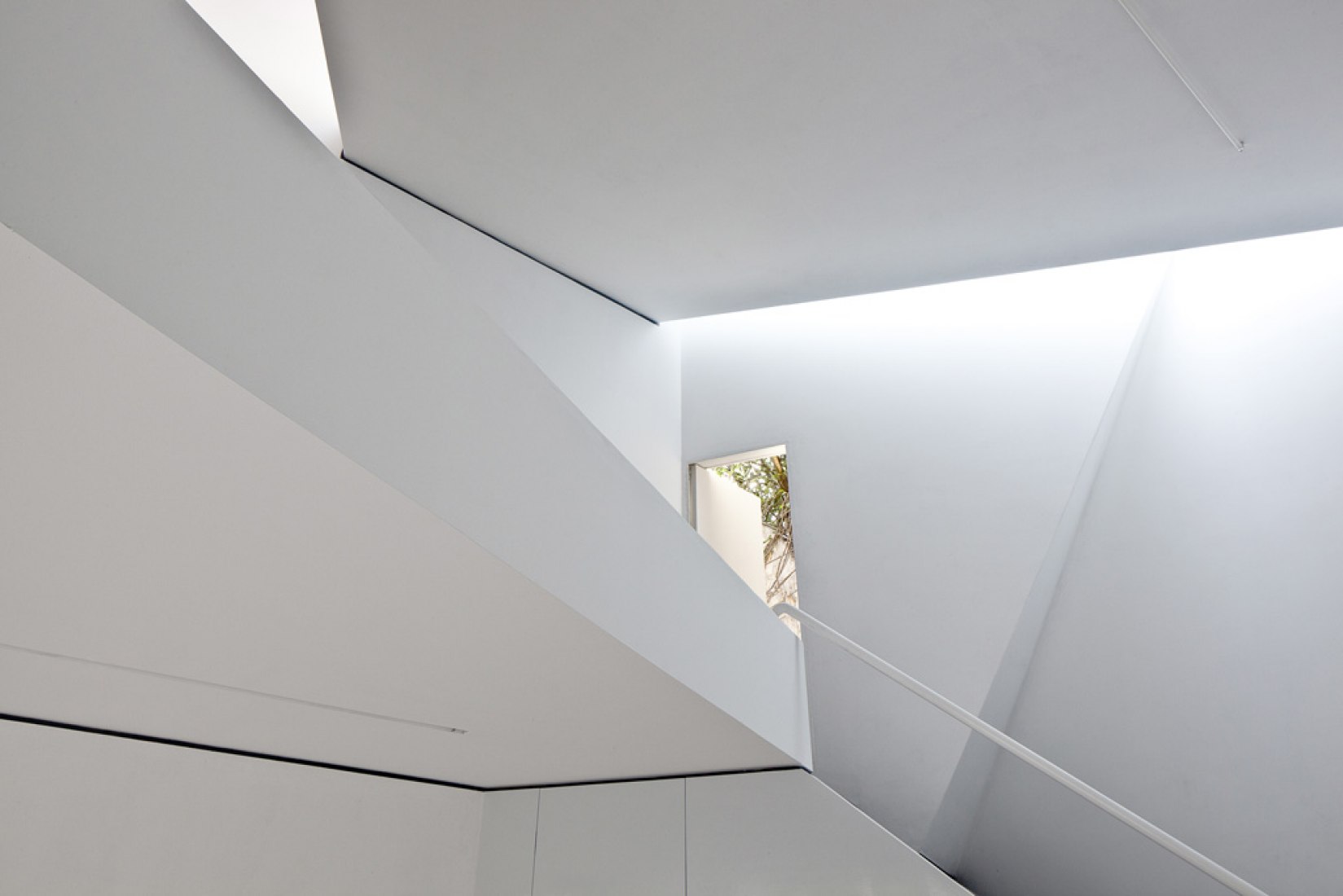 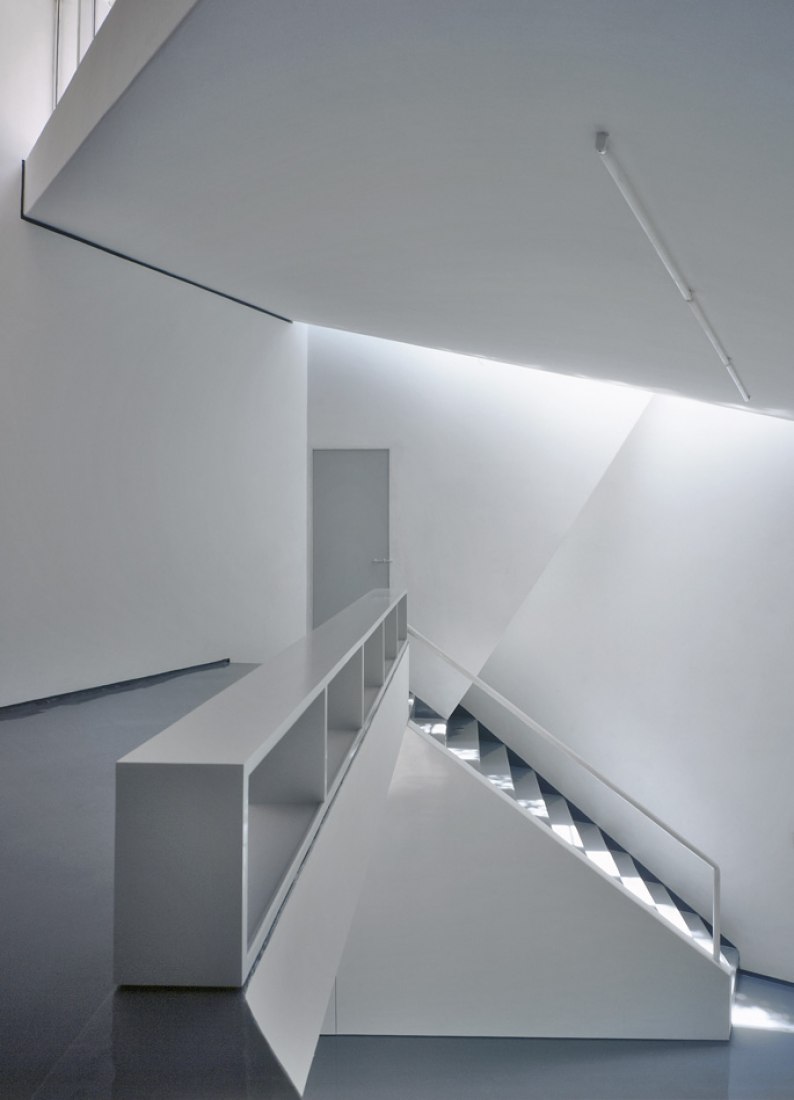 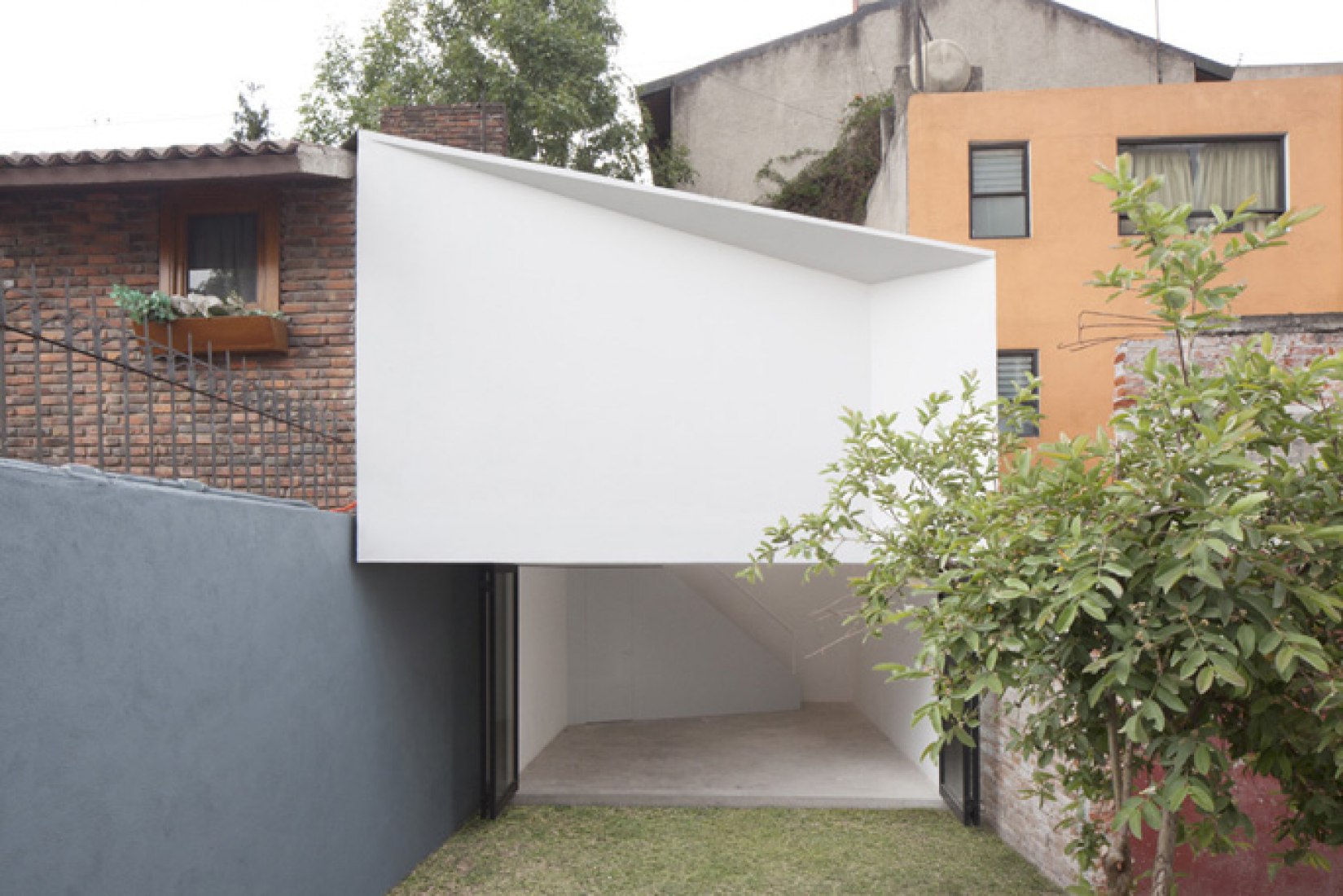 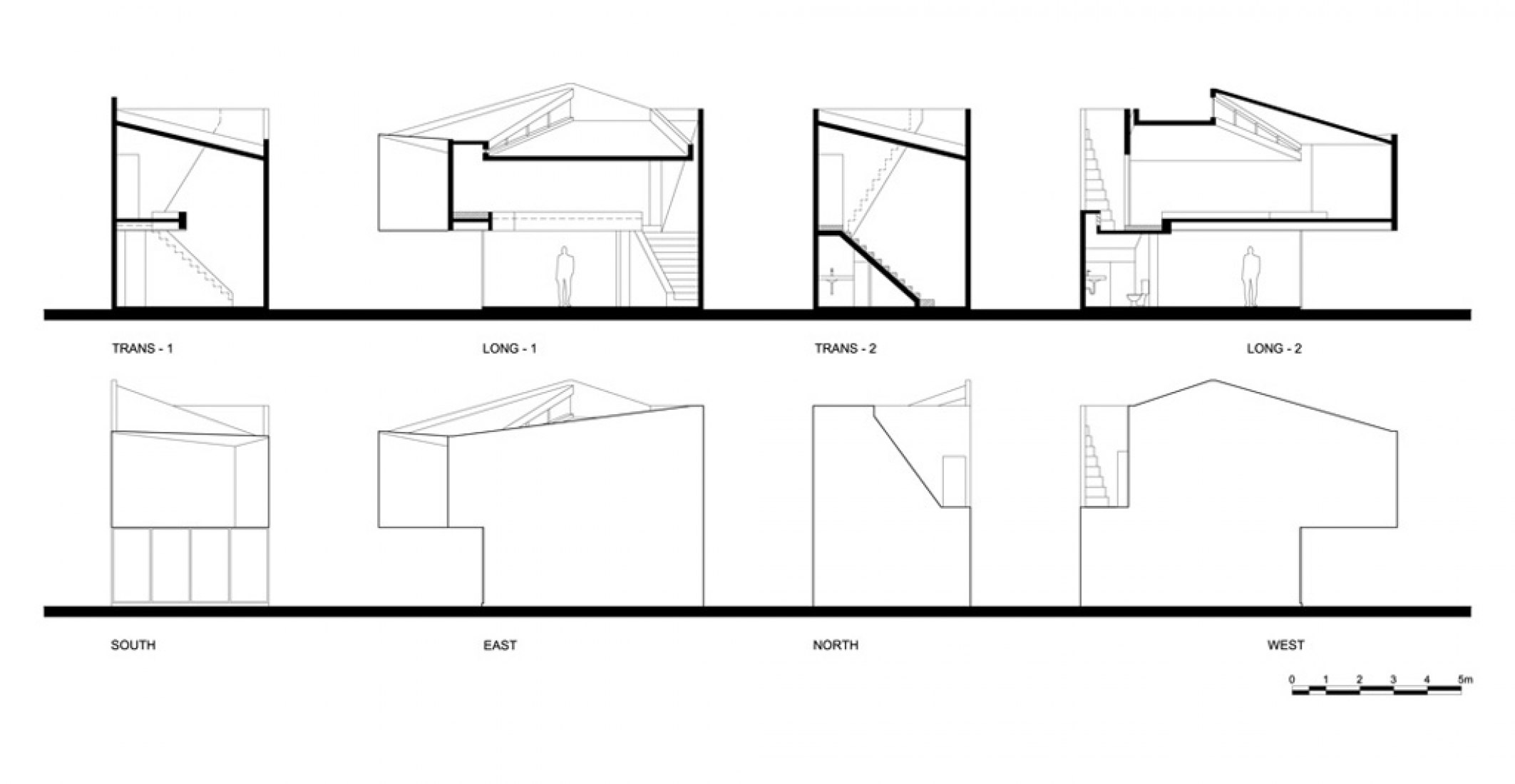 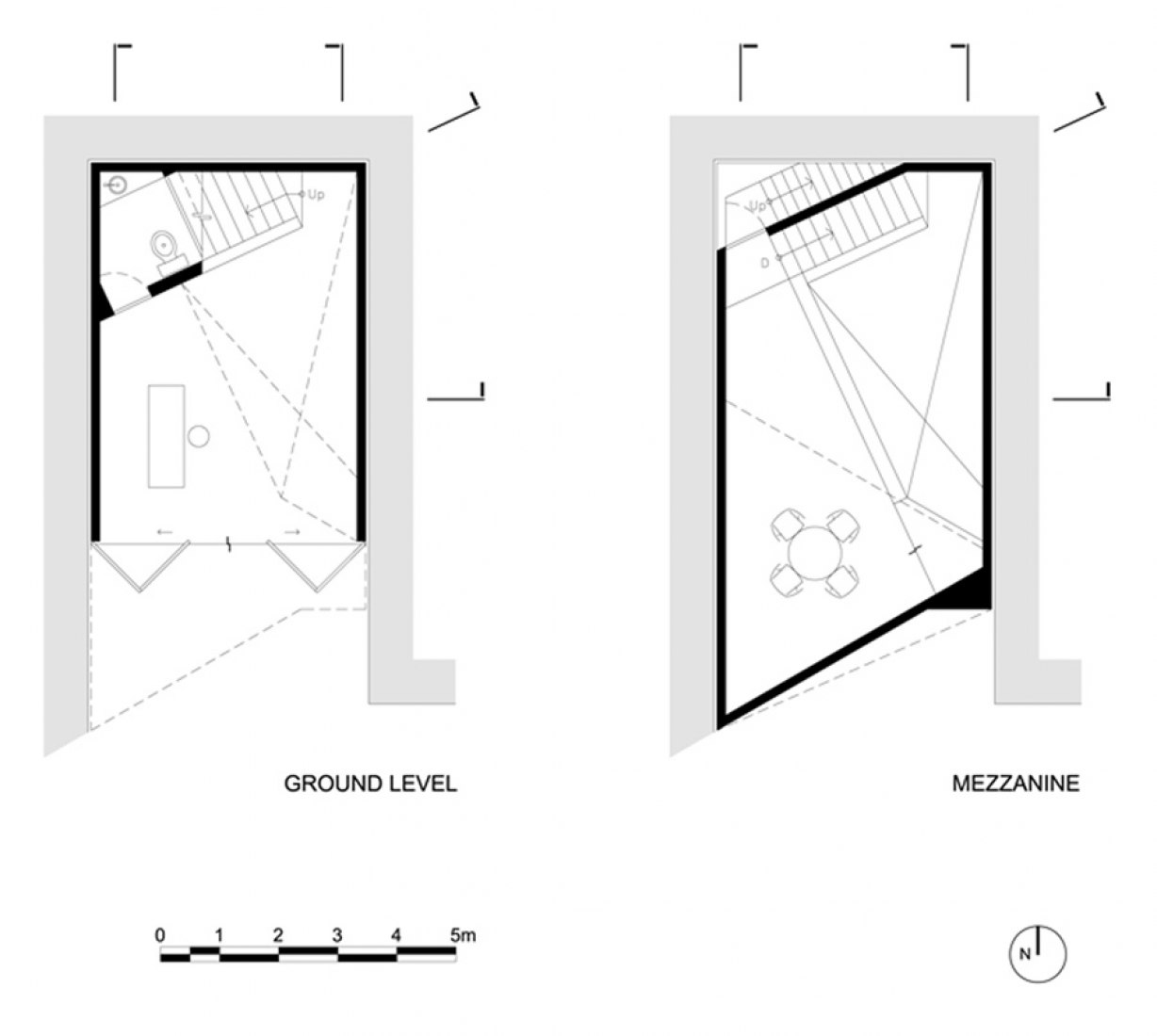 "Using trapezoidal shapes and with a careful control of perspective, vanishing points are emphasized, achieving a dynamic and fluid space that awakens imagination while stimulating creativity. Being an art workshop and due to the south orientation of the site, the main challenge was to avoid the entry of direct sunlight into the space, without cancelling the view towards the garden.

To achieve this, the upper-level volume thrusts itself southward to project its shadow over the large (ground-floor) window that connects the studio with the exterior.The sloped roof slabs block away the sun rays from the working area, allowing the subtle entrance of uniform light over the double-height ceilings which communicate both levels, amplifying the scale.

The mezzanine gently rests over a wall at the back of the studio and launches itself towards the exterior dissolving the outline marked by the floor, to end suspended over the garden integrating it to the space. At the same time, the ground-floor glazed door, opens from side to side to completely vanish the border between interior and exterior.

A small gesture at the top of the façade produces a size changing triangular shadow throughout the day, providing movement to the volume." 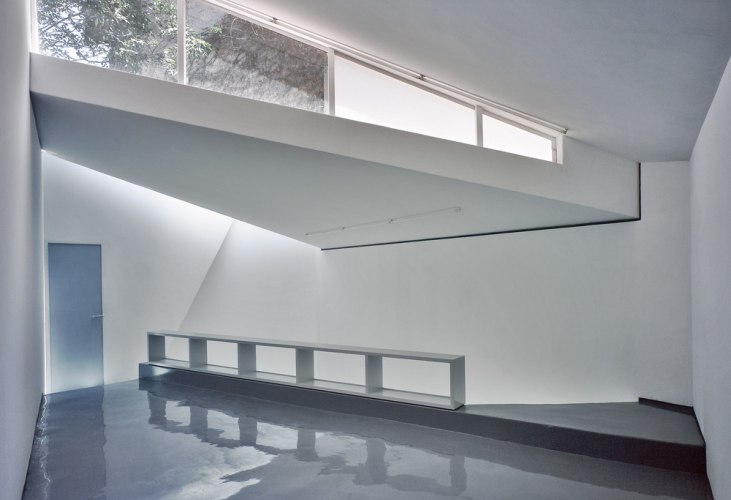 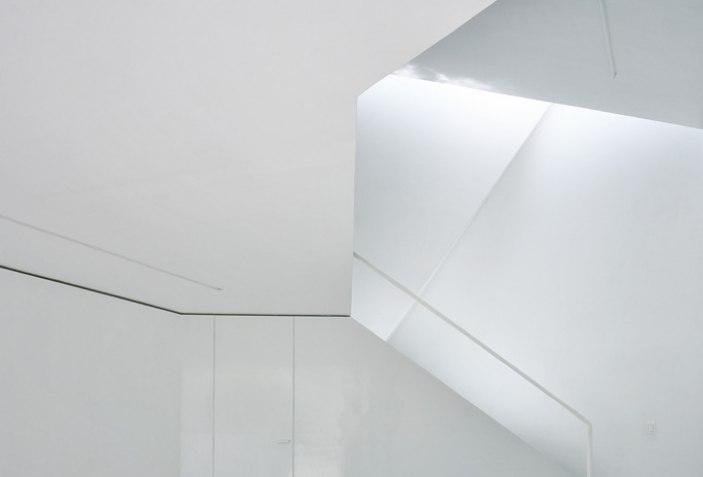 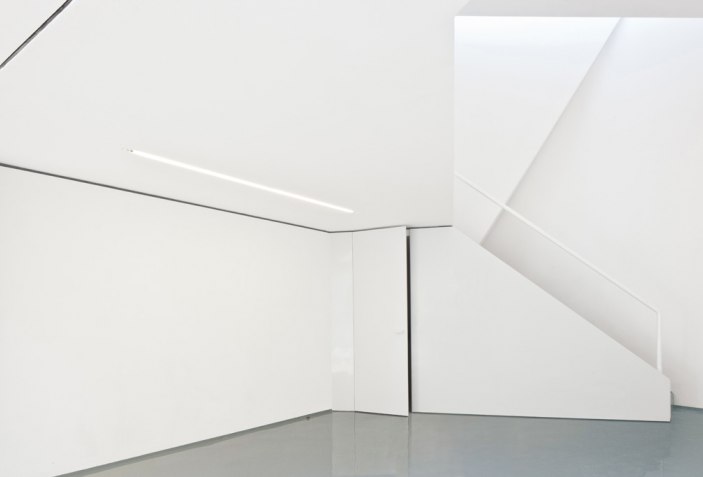 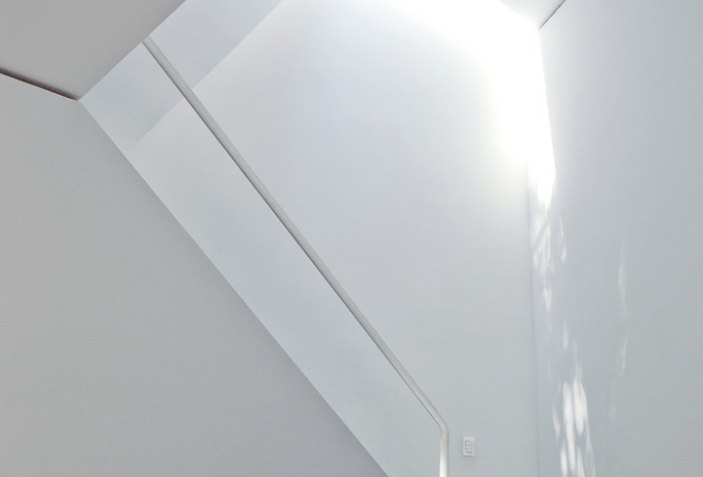 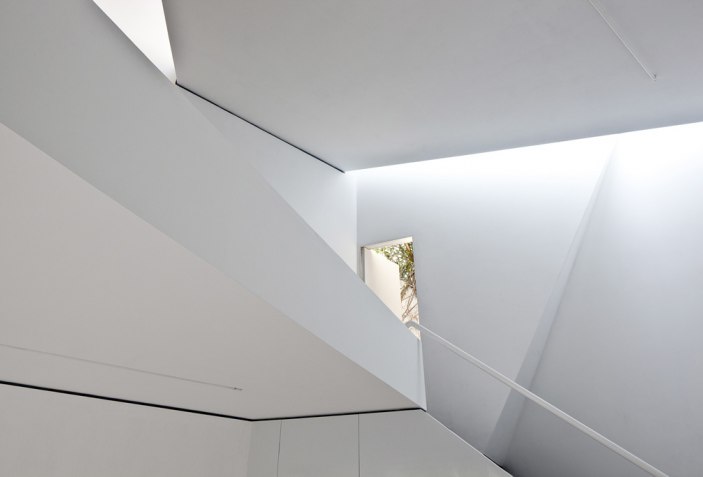 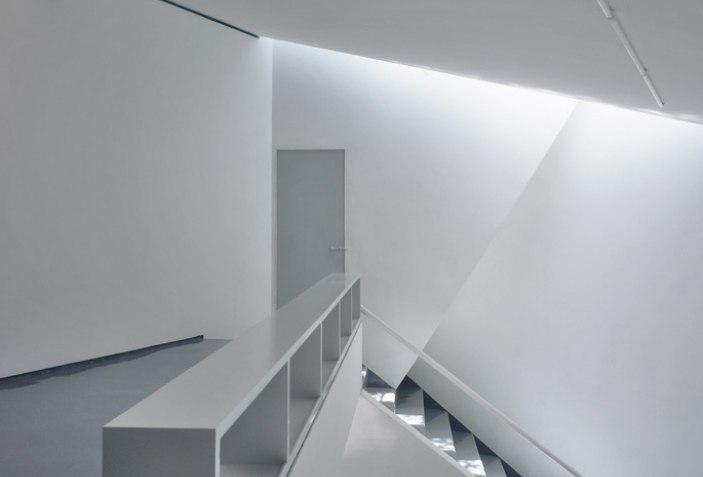 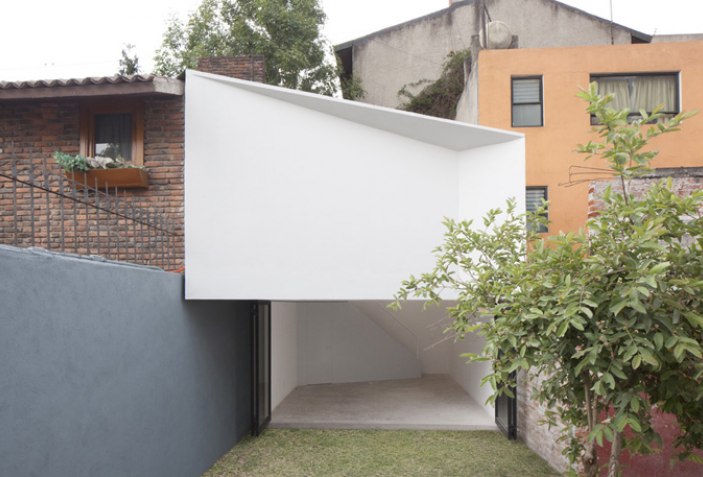 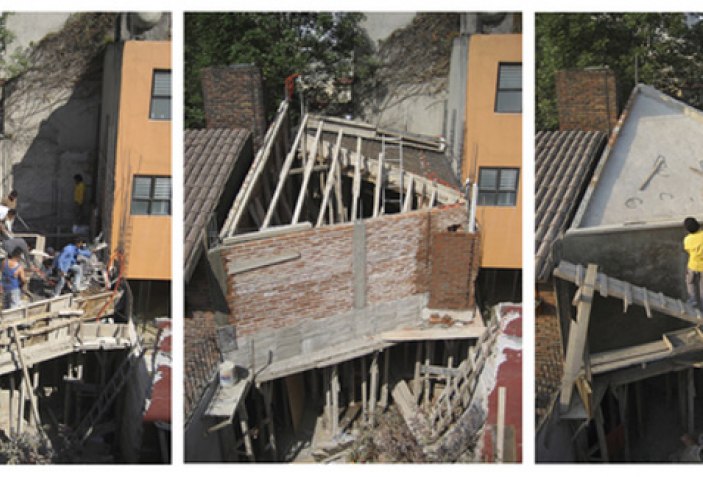 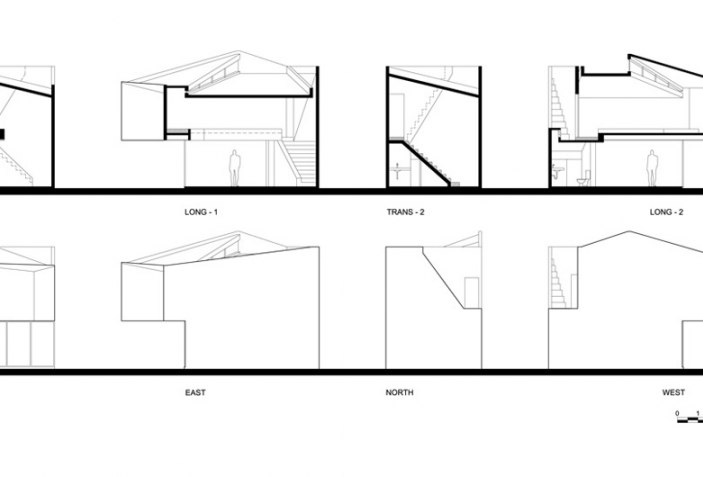 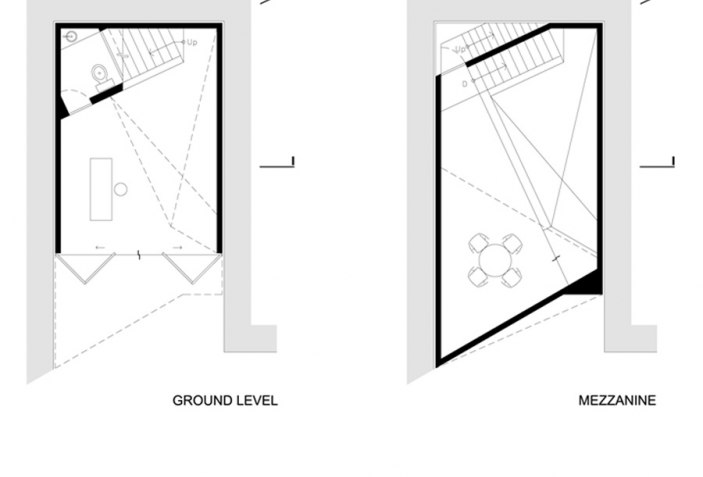 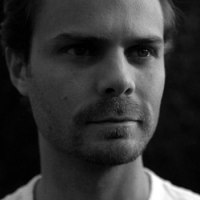 Juan Pablo Maza born in Mexico City in 1974. In 1997 he graduated with a degree in architecture and urbanism at Universidad Iberoamericana where he is now a lecturer.

Along the years he has collaborated with several artists, such as Jorge Yazpik or Adán Paredes. In 2006, he won the contest for the expansion of the Experimental Museum “El Eco” (by Mathias Goeritz) in collaboration with Fernando Romero and in 2009 he received an Honorable Mention for the design of a monument for the Bicentennial Memorial of the Independence of México.

Since 2002 he is the director of “FRENTEarquitectura” advocated to create innovative and “Responsible Architecture” with the intention of improving the quality of life.

Is a Mexican architectural practice formed by young profesionals whose main goal is to create innovative and “Responsable Architecture”, respons-able meant as the “ability to respond” (to give a clever answer to a specific need). They prioritize the analysis of the specific circumstances of each project (place, people and time) over the creative activity, thus to be able to establish the real needs to be fulfilled.

In FRENTE they generate simple architecture, of clear shapes and strong concepts, giving each project its own character. 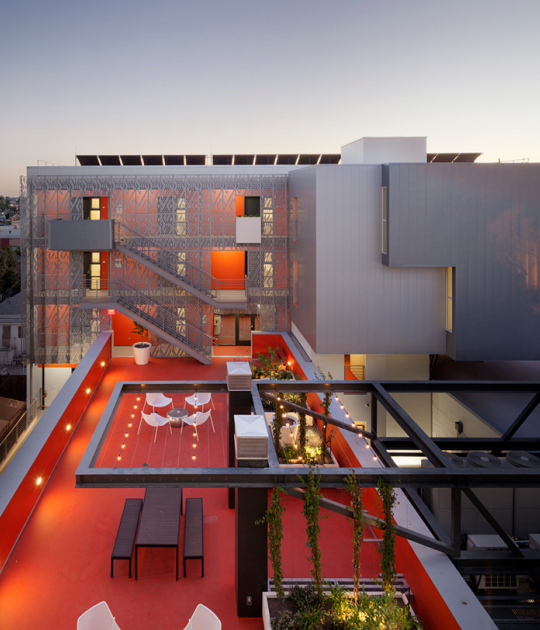 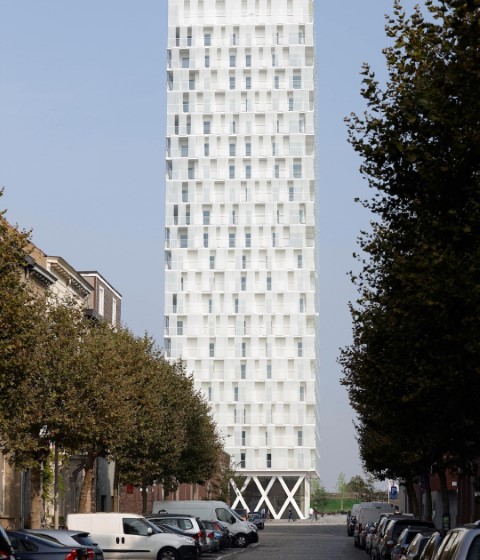 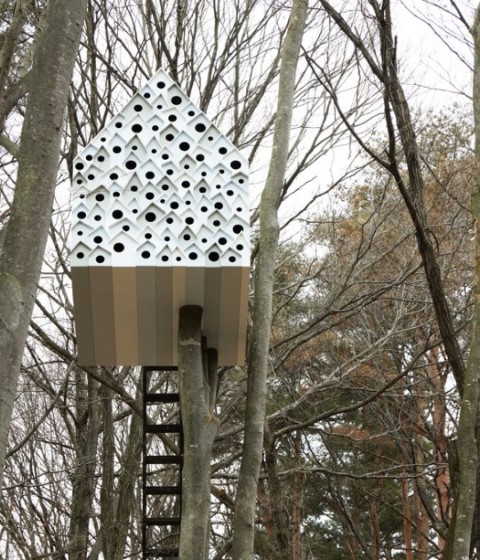 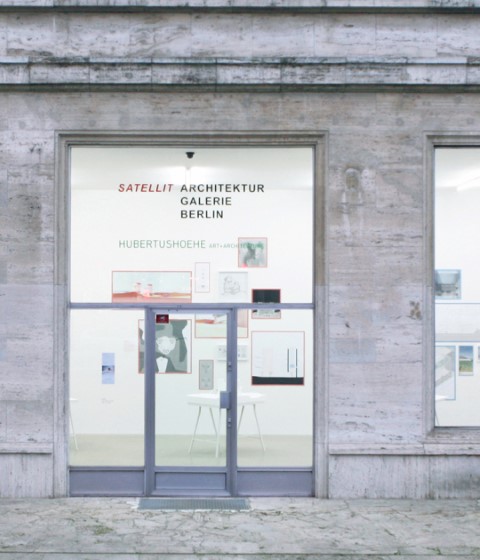 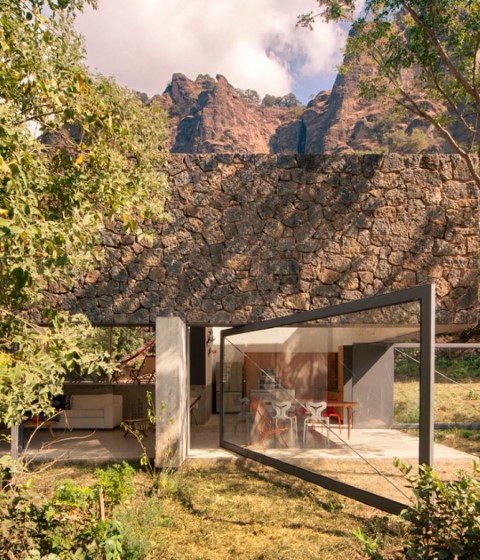