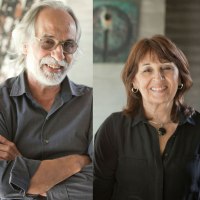 Besonías Almeida, studio integrated by the Argentine architects María Victoria Besonías and Guillermo de Almeida. Both have been practicing independently since 1975 and have held the BAKarquitectos study from 2000 to 2012.

She has been a visiting professor at the Universities of Argentina, Mexico, Colombia or the United States. And guest lecturer in: