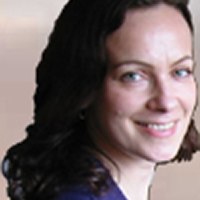 Lucy Bullivant, is an architectural curator, critic and author. She was elected for an Honorary Fellowship of RIBA in 2010. A cultural historian with a Master's degree from the Royal College of Art, she began her twenty-three year career working as an art curator and director of open art exhibitions. In the early 1990's she was Heinz Curator of Architectural Programmes at the Royal Academy of Arts, London. Lucy has worked internationally with leading museums, galleries, cultural institutions, publishers and corporate bodies since 1987.