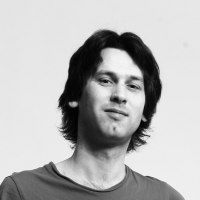 Petr Janda is an architect and an artist. He graduated from the Faculty of Architecture at the Czech Technical University in Prague (School of prof. Jan Bočan) and the Academy of Fine Arts in Prague (the School of Monumental Art of prof. Aleš Veselý). In 2008, he founded his own studio petrjanda/brainwork.

He frequently participates in architectural competitions and exhibitions (also as a jury member), and has won several awards (Grand Prix of Architects 2007, BigMat 13‘ – Memorial to victims of communism in Liberec, etc.) Between 2011 and 2014, he was a member of the board of the Czech Chamber of Architects and a chairman of the Promotion of Architecture working group. He has been engaged in the revitalization of the Prague riverfront since 2009, and in 2017, became the main architect of this area.