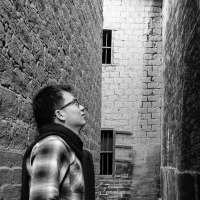 Yueqi ‘Jazzy’ Li is a licensed architect and photographer based in NYC. A graduate of the Architectural Association School of Architecture in London and Tulane University in New Orleans, he received the distinguished Dean’s Honor Scholarship and won a number of other awards and competitions while in school. Li has worked at EXH Design, a Swiss-Chinese firm in his native China and Solid Objectives - Idenburg Liu (SO-IL) in New York, where he led the Flockr Pavilion to completion as project lead. Currently Li has been working at Ennead Architects in NYC and Shanghai since 2013.

Li's architectural photography intends to capture space, life, and detail in buildings and urban environments. His documentary style of work is completely informed by his architect eye where he approaches each shoot as a design sketch on paper. Each photograph has a focus, be it clarity of structure, transparency of glass, or ephemerality of a shadow. Together they narrate architectural stories that may be otherwise untold.

In his design work, he is informed by a contemporary sensibility that emphasizes context and minimalism aesthetics. Part of a new generation of western-trained Chinese architects, he believes that there is an emerging Chinese modernity in architecture that has yet to be fully developed. His architect heros include Wright, Saarinen, and Wang Shu, whose explorations in light and in materiality inspired works such as Straw-blurry Fields and NMCM Master Plan.