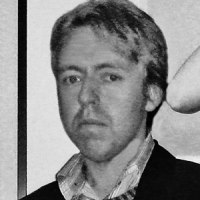 Since its establishment nearly two decades ago Lehmann Maupin has identified and cultivated the careers of an international roster of visionary and historically significant artists. The gallery has garnered a reputation for supporting artists working across disciplines and with new and challenging forms of creative expression; artists whose work has had a lasting impact on contemporary art and culture.

Founded by partners Rachel Lehmann and David Maupin, Lehmann Maupin first opened in SoHo, New York, in October 1996, and in September 2002, moved to its present location in Chelsea. A second New York gallery space opened in late 2007 in Manhattan's new cultural hub, the Lower East Side. Over the years, Lehman Maupin has collaborated with world-renowned architect Rem Koolhaas and his firm OMA on the renovations of the SoHo, Chelsea and Hong Kong galleries.