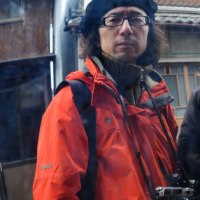 Toru Morimoto (Akashi, Japan 1972) started working as a photographer for the Daily Nation, a Kenyan newspaper in Nairobi while he was a master student of the photojournalism department in the School of Journalism, University of Missouri. After doing internship in Magnum Photos and The New York Times in New York, he moved to Abidjan, Ivory Coast, and started freelancing to cover the whole West Africa. Since 2004, he has been based in Barcelona, Spain, and has been working on photographic documentary projects. He won a prize from POYi in 2007, and Ueno Hikoma Award in 2009.