Fitting Room, a space for art, fashion and design returns to Madrid and opened the invitation to participate in its fourth edition. The deadline for submitting applications begins November 18 and ending on December 16. The bases can be ordered directly on the site of Fitting Room.

This time, Fitting Room is made again inHotel Petit Palace Art Gallery in Madrid on March 5, 2011. The hotel occupies an emblematic building of the early twentieth century has been completely renovated to become one of the main landmark hotels in Madrid and the district of Serrano. Each room is a work of art, where creativity flow in the eyes of visitors. To this end, the hotel will have 35 rooms on three floors, which are displayed the latest designs of each of its creators. Creativity and innovation in a single space.

In this fourth edition, THE BRANDERY event will again partner Fitting Room. As it did in the last issue, select a participant shall afford a booth of 9 square meters at its showroom in June next.

We also have the participation of ten stores of art, fashion and design from two trade associations in Madrid, Jorge Juán and Triball which more than ten participants selected for later display and distribute their work on their premises. In the latest edition of Fitting Room, more than 2.500 people toured 36 rooms of Hotel Meliá de Bilbao where artists and designers from nine countries (U.S., Japan, Germany, Italy, Portugal, Cuba, Colombia, Costa Rica, Venezuela and, as always, Spain), presented their jobs.

Lovers of art, fashion and design, bloggers, media trendsetters and enjoyed the talented staging of some of the most cutting-edge professionals nationally and internationally.

The image of the campaign in the fourth edition of Fitting Room has been made by the Portuguese photographer João Bacelar and his team: 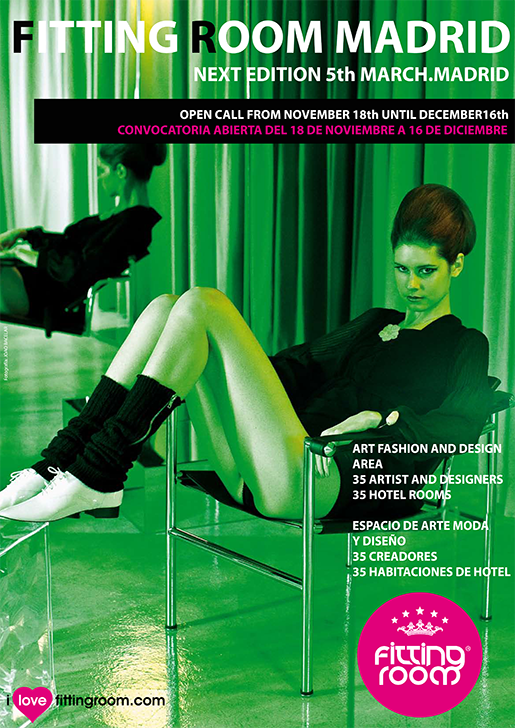