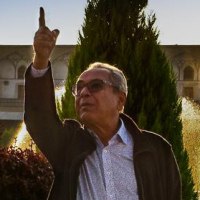 Bijan Kamvari studied Architecture at the University of Tehran Graduating in 1971.

Over a carrier spanning 40 years he has worked on numerous projects within the public and private sectors. He has served on the board of directors of the association of Mass developers, the syndicate of construction companies and had acted as advisor to the housing ministry in Iran.

He is currently the Chairman of KamKav Property Investment and Development Company where he has overseen the design and delivery of close to 1million sqm of residential, commercial, and retail space within Iran.

He currently sits on the board of trustees of the Iranian association of architectural prominent figures, and was a member of the board of founders for Karafarin bank and insurance company.

He was also a founding member of Namavaran international investment company and served on the boards of directors of this company as well as Namavran Bana a subsidiary specialist development company.

In his previous role with this company he served as their CEO overseeing a period of unprecedented growth, which saw the company get listed on the Tehran Stock Exchange.