es
The UK Pavilion will be the centrepiece of the UK's presence at Expo 2020 Dubai - highlighting UK expertise in artificial intelligence and the space sector. 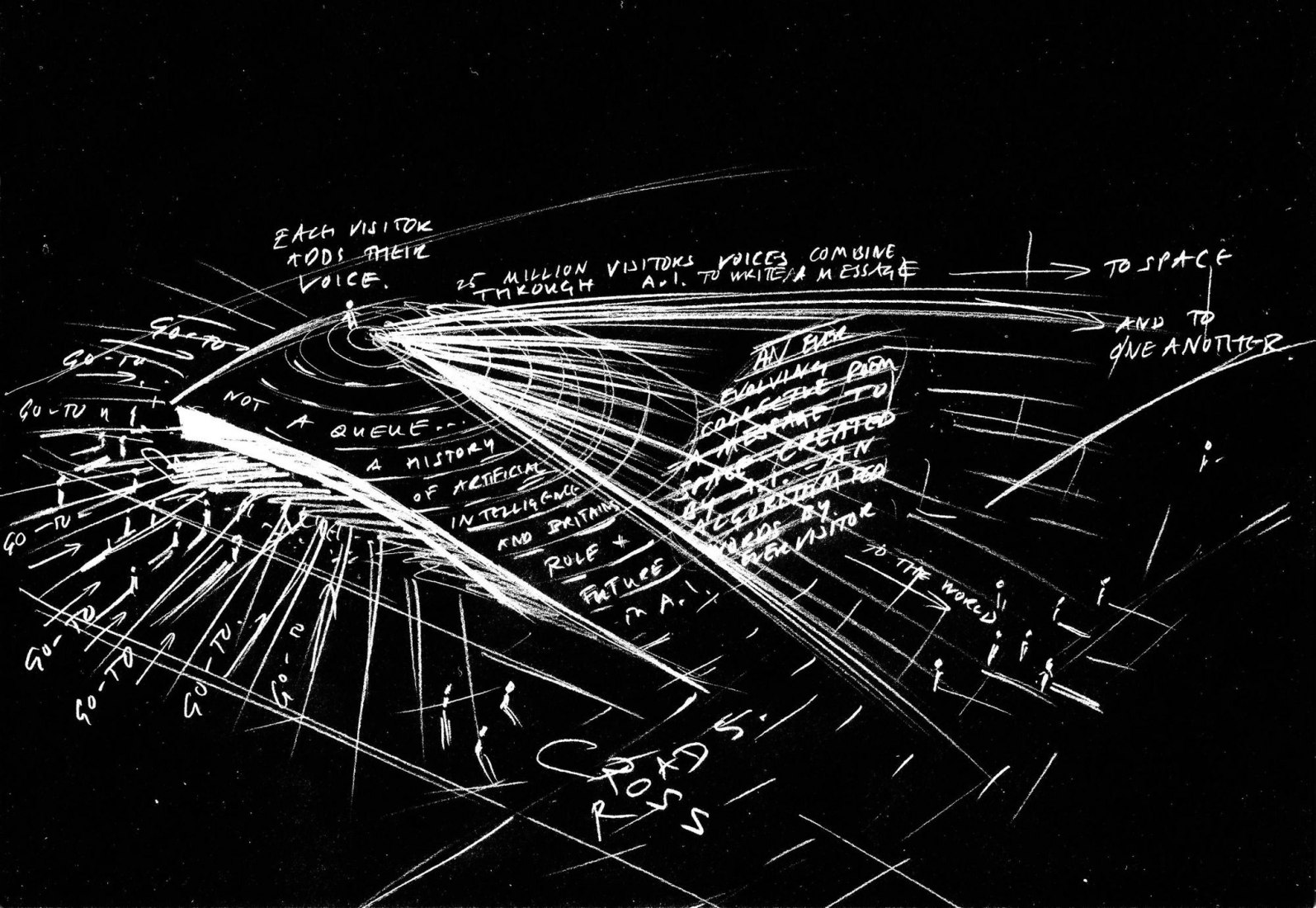 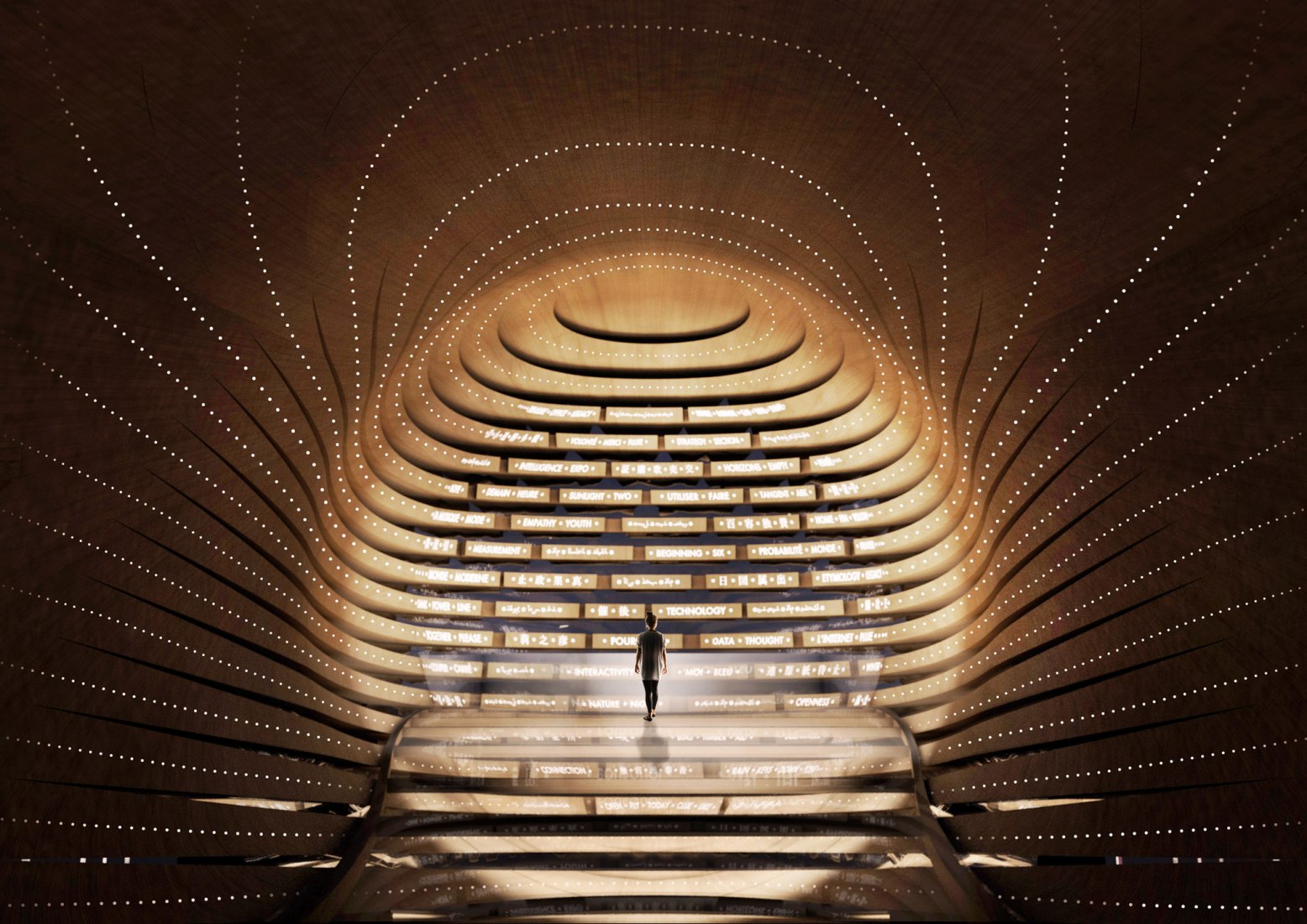 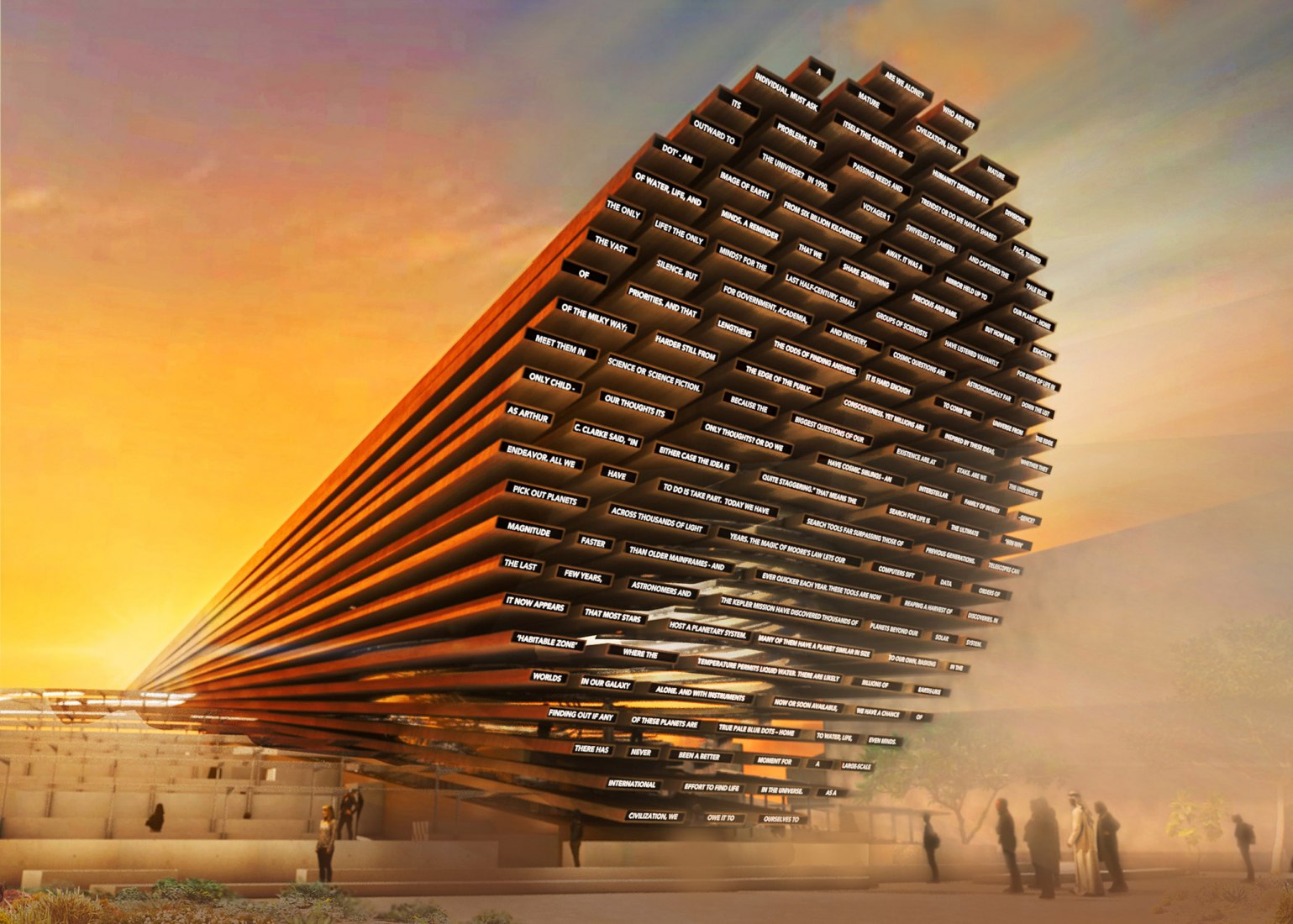 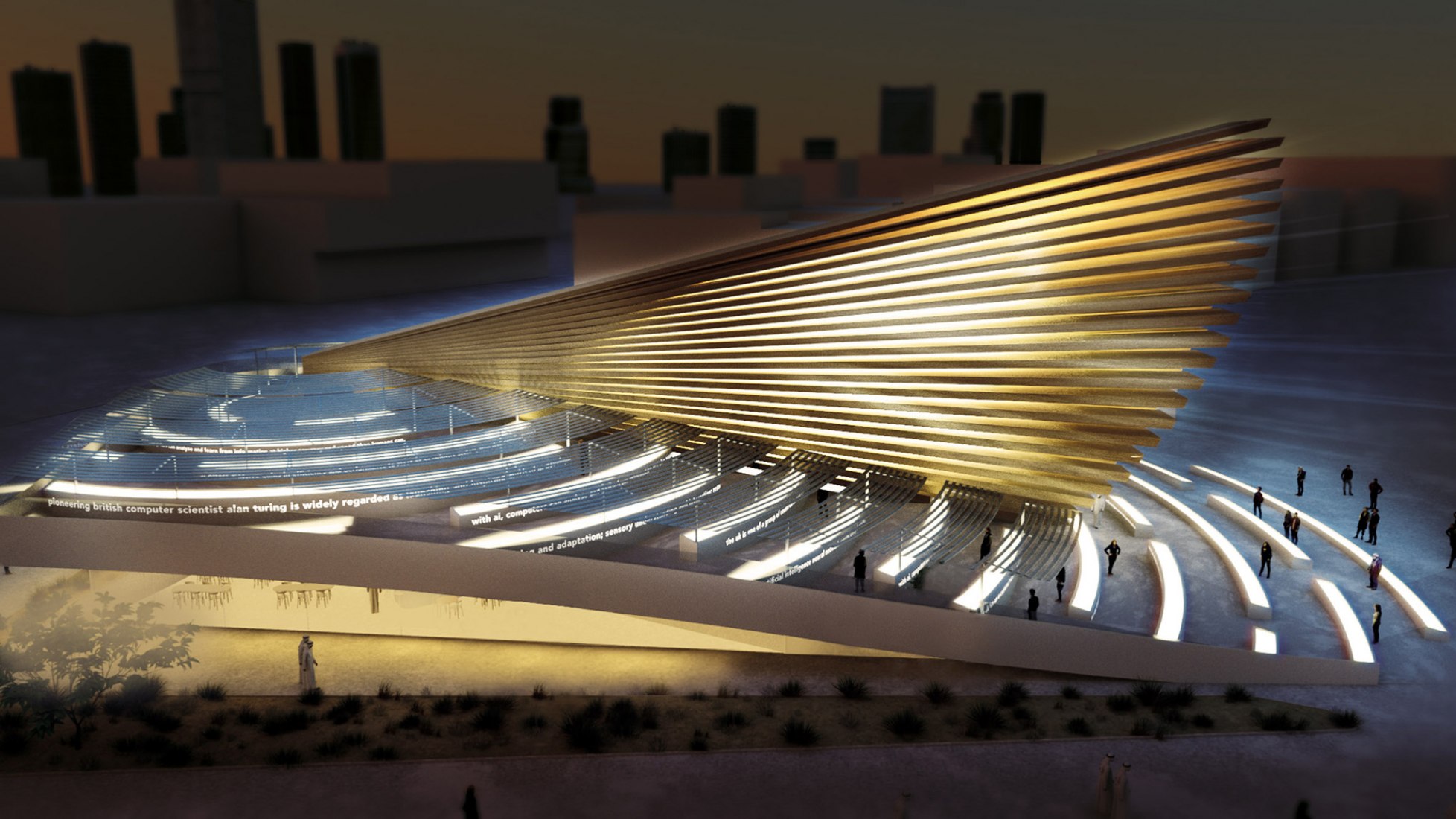 British artist Es Devlin OBE is set to design the UK Pavilion at Expo 2020 Dubai. The Pavilion will be the centrepiece of the UK’s presence at the Expo - highlighting UK expertise in artificial intelligence and the space sector.

Es Devlin OBE is known for creating stunning large-scale performative sculptures that fuse technology and poetry, including the interactive Fifth Lion sculpture installed in Trafalgar Square. Her dramatic design for the UK Pavilion is an illuminated sculptural message to which each of the Expo’s anticipated 25 million visitors will be invited to contribute.

"The idea draws directly on one of Stephen Hawking’s final projects, ‘Breakthrough Message’, a global competition that Hawking and his colleagues conceived in 2015 inviting people worldwide to consider what message we would communicate to express ourselves as a planet, should we one day encounter other advanced civilisations in Space.

What if the UK Pavilion at Expo 2020 became a place where visitors from all over the world chose to take part in a collective global project that showcases British expertise in AI technologies and poetry while transcending national identities?"

The Expo will be visited by an estimated 25 million people in the 6 months from October 2020 to April 2021. Expos also offer more tangible benefits - they give the countries a platform to attract investment, grow trade, increase tourism and encourage people to study in the UK. 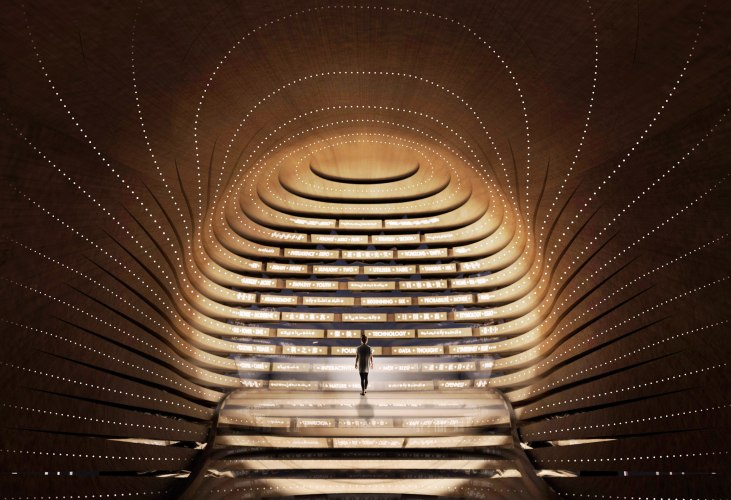 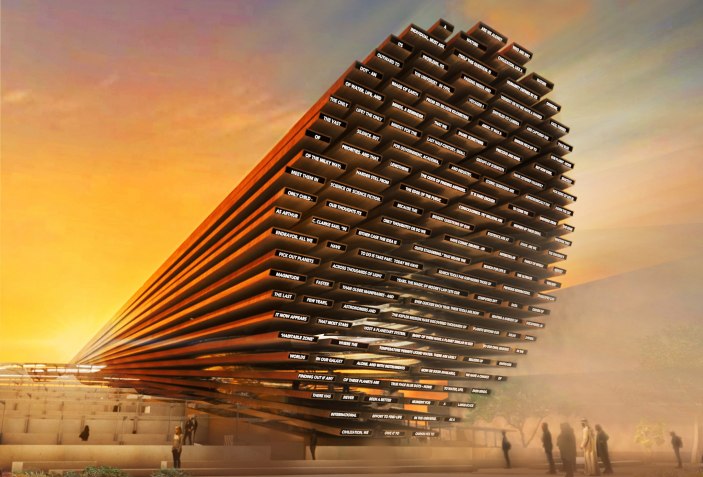 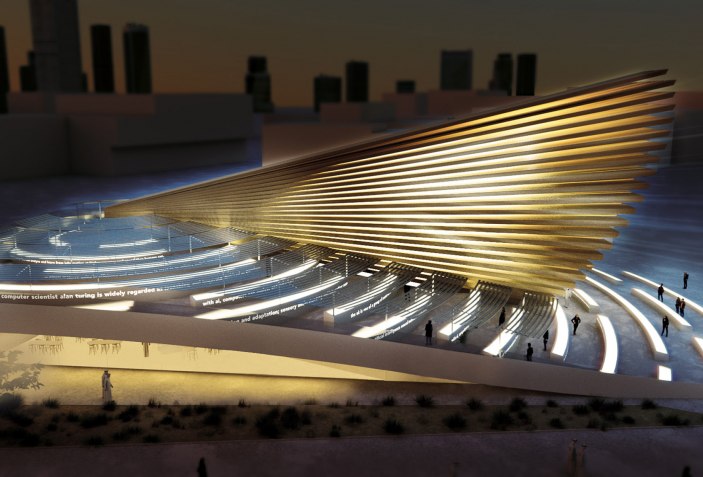 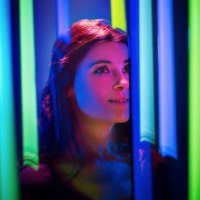 Es Devlin OBE. Born 24 September 1971
Award-winning artist and designer Es Devlin is known worldwide for her sculptural installations which are often created as environments for concerts, opera, dance and theatre. Her luminous fluorescent red Fifth Lion sculpture roared A.I. generated collective poetry to crowds in Trafalgar Square during London Design Festival last week. The Singing Tree, her choral collective carol installation at the V&A, fused machine-learning technology with sound and light, and was viewed by over ten million visitors during Christmas 2017. Her Mirrormaze generated queues around the block in Peckham in 2016

The visionary designer collaborated with theoretical physicist Carlo Rovelli on an interpretation of The Order of Time read by Benedict Cumberbatch at the legendary rooftop art space, BOLD Tendencies in Peckham in September 2018 and has conceived touring stage sculptures for Beyonce, Kanye West, U2, Adele, The Royal Opera House and The National Theatre as well as designing the London Olympic Closing Ceremony.

Her practice was the subject of a major 2017 Netflix documentary: Abstract: The Art of Design, and she is the winner of numerous awards including three Olivier Awards, the 2017 London Design Medal, a UAL fellowship and an OBE.
Studio Es Devlin

Studio Es Devlin is a London-based predominantly female design practice that works closely with artist and designer Es Devlin to develop and produce artworks, installations and touring stage sculptures for opera, dance, concerts and theatre. The majority of the team trained as architects and many have worked in other fields including music, film, fashion, interiors and coding. Members of the studio regularly give talks and work as tutors for a number of educational institutions including UCL and the RCA. The studio also hosts educational workshops and events in order to expose young people to the relevance of the creative arts for a contemporary, global Britain. 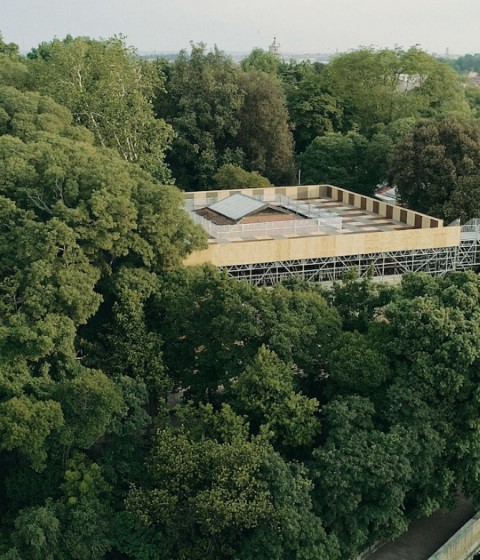 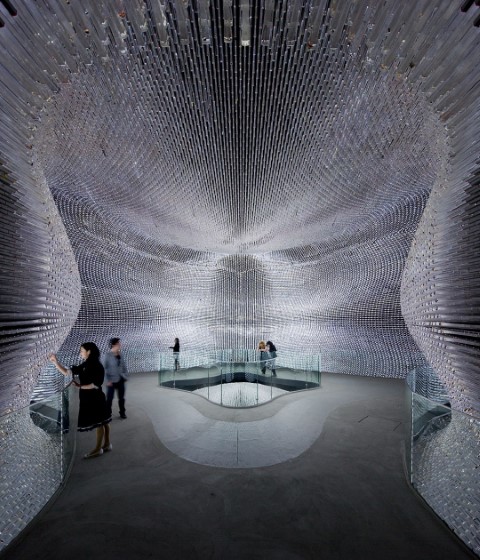 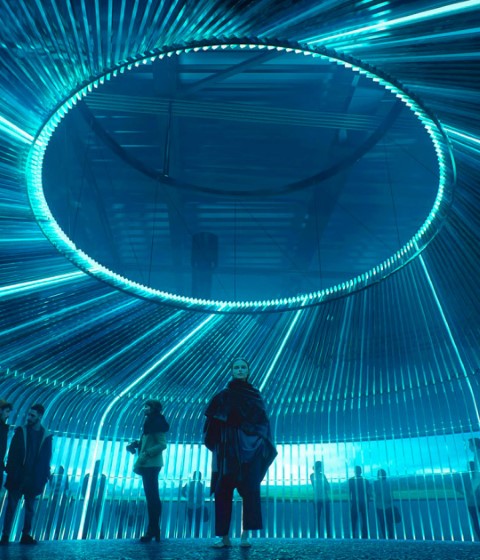 "We Are Energy." Asif Khan and Brian Eno collaborate on UK Pavilion for Kazakhstan expo 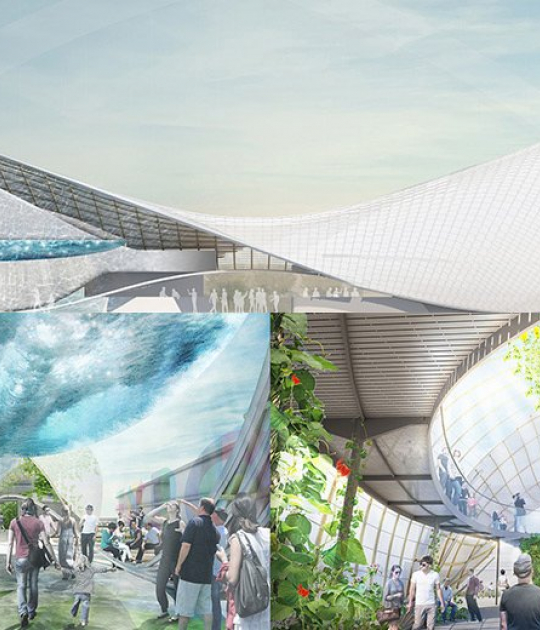 Shortlisted revealed for the UK Pavilion at Milan Expo 2015 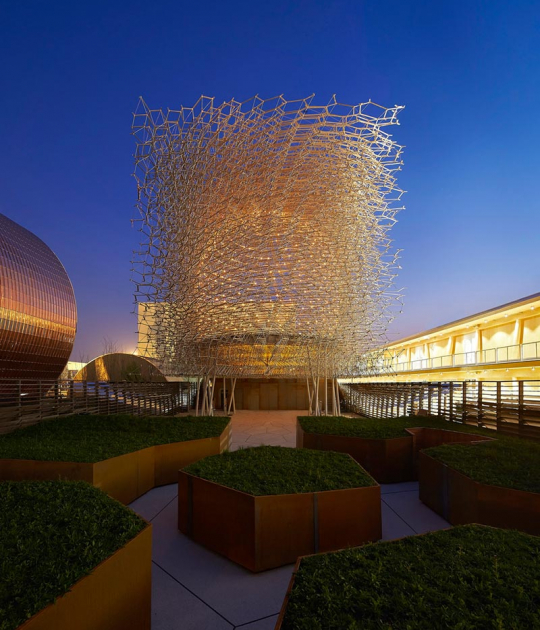