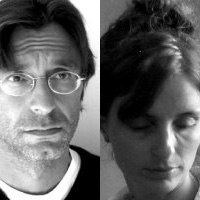 ifdesign. Franco Tagliabue Volontè and Ida Origgi founded ifdesign in 2001 after graduating with Pierluigi Nicolin in the Faculty of Architecture of Politechnic of Milan (where F.T.V. now is Professor of Architecture). ifdesign is interested in residential, offices, interiors, urban planning and public space, participated to many national and international, open and restricted competitions. They has been teaching architecture in international seminars, had lecture in many European Universities. 2002-2005 IO was Zucchi Stores retail architect opening 25 stores.

In 2006 won with the project "Black Square White Square" the Honourable Mention at the EUROPEAN PRIZE FOR URBAN PUBLIC SPACE in Barcelona for best public space in Europe, till today the only one italian project awarded by the Prize.

In 2008 the same project with 'The Wall" was selected for the "V Biennal Europea de Paisatge de Barcelona". In 2009 was awarded (finalist project) the "Gold medal for ltalian Architecture" for residential building in Casorezzo, in 2012 with Noivoiloro Civic Center and Zona K.

In 2016 Wigglyhouse won the first international prize at CID in Chicago for the best stone architecture worlwide. In December 2009 ifdesign is invited at Ili Biennal of Architecture & Urbanism of Shenzhen "mobilization of the city" about new urban spaces for contemporary Metropolis.

ifdesign was invited in XII, XIV and XV Venice Biennale of Architecture and was called by Triennale di Milano to design a temporary restaurant in ex-Expo Area in Milan.

Franco Tagliabue Volontè is responsable of Cereals and Tubers Cluster Workshop for architectural project of Iraq, Togo, Haiti, Mozambico, Congo, Bolivia and Zimbawe pavillions in Expo 2015 in Milan. He is visiting professor in 2014, 2015 and 2016 both in the Faculty of Architecture and in the Faculty of Interiors of UTE Universidad Tecnologica Equinoccial in Quito. He published with Nina Bassoli the book StemProcedure - Post Earthquake Regeneration Strategies and was involved in planning the urban strategies for the reconstruction of the cities affected by the April ’16 Quake on Pacific Coast in Ecuador.

Ida Origgi was selected to represent Italian Female Excellence in Architecture in the book donnArchitettura by M.G. Eccheli.