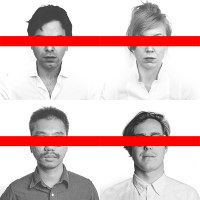 AN.ONYMOUS is a transdisciplinary design firm based in Los Angeles. Founded by Iman Ansari and Marta Nowak, AN.ONYMOUS explores the relationship between design, technology and the human body. Projects encompass a diverse range of scales from urban and architectural design to furniture and prosthetics.

Iman Ansari is a founding principal of AN.ONYMOUS. He is a practicing architect, urbanist, and lecturer at University of Southern California (USC) School of Architecture. Prior to establishing AN.ONYMOUS, Iman worked for multiple architecture offices including Terreform/ Michael Sorkin Studio, Foreign Office Architects (FOA), Skidmore, Owings, & Merrill (SOM), Pei Cobb Freed & Partners, Gensler, as well as the United Nations Human Settlement Programme (UN-Habitat) where he worked on the Cities and Climate Change Initiative. His work and writings have been published in Log, Architectural Theory Review, Metropolis, Architect’s Newspaper, and Architectural Review among others, and have been exhibited in international venues including the Museum of Modern Art (MoMA) in New York and A+D Architecture and Design Museum in Los Angeles. Iman holds a professional degree in architecture from the City College of the City University of New York and a post-professional degree in architecture and urban design from Harvard University Graduate School of Design. Currently, he is pursuing a PhD in architecture at at University of California - Los Angeles (UCLA).

Marta Nowak is a founding principal of AN.ONYMOUS. She is a practicing architect and lecturer in architecture at University of California - Los Angeles (UCLA). Prior to establishing AN.ONYMOUS, Marta worked for multiple architecture offices including Safdie Architects in Cambridge, Toshiko Mori Architects in New York, and Skidmore, Owings, & Merrill (SOM) in New York, and was an editorial assistant at Harvard Design Magazine. Marta's art and architectural work has been widely exhibited in galleries across the United States, such as MoMA PS1 in New York, A+D Museum in Los Angeles, Catherine G. Murphy Gallery in St. Paul Minnesota and at Harvard University in Cambridge Massachusetts. She has been recipient of numerous scholarships and grants including Harvard University International Community Service Fellowship to work at the United Nations Human Settlement Programme (UN-Habitat) in Nairobi, Kenya. She has presented her work at numerous international conferences including World Economic Forum and Automobilia. Marta holds degrees in Studio Arts from St. Catherine University in Minnesota, and in architecture from Harvard University.

Chun-Hua Chiu is a designer at AN.ONYMOUS. He is a Los Angeles-based architect and urban design researcher. Prior to joining AN.ONYMOUS, Chun-Hua has worked professionally on interactive installations and residential projects in multiple offices including ELECTROLAND in Los Angeles. He has extensive knowledge on prototyping which helps to bring design ideas from concept to reality by using both computer aided and traditional fabrication tools. He also worked with College for Creative Studies, Detroit and the University of California, Los Angeles on several urban design projects. He is interested in creating the innovative solution for complex problems through his understanding of material, science, technologies and the intricate beauty of the architectural and urban design. Chun holds degrees in architecture from the TungHai University, Taichung, Taiwan and in architecture from University of California, Los Angeles.

Cody Miner is a designer at AN.ONYMOUS. He is a Los Angeles based architect, urbanist and currently adjunct design faculty at the Southern California Institute of Architecture (SCI-arc). Prior to joining AN.ONYMOUS, Cody has worked professionally, producing both speculative and realized projects. At Zago Architecture, he produced “A New Federal Project” for the Architectural Imagination, US Pavilion at the 2016 Venice Biennale. He has also worked for 64North, Tim Durfee Studios, and AUX office. Cody acted as co-editor and contributor at Underscore journal, a SCI-Arc student produced publication. His interest lies in the parallels between art and architecture at various scales, applying novel form and aesthetics to disciplinary matters. Cody holds a degree in architecture from Southern California Institute of Architecture and a degree in Urban Planning and Design from Arizona State University. 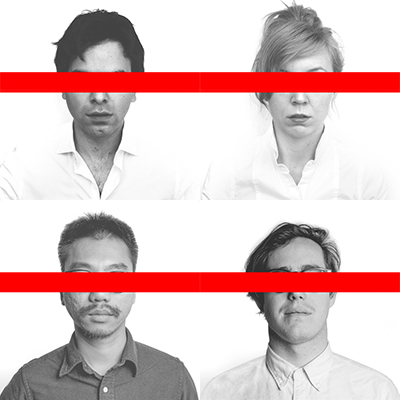