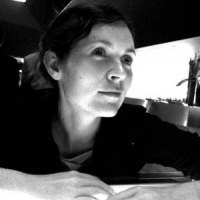 CODA is an Ithaca-based experimental design and research studio operating at a range of scales. CODA’s work is a negotiation between form and the environment. The engagement with the complexities of site is fundamental to each design strategy, producing an intervention that is both emergent from and reactive to a particular environment. The firm’s recent projects include Bloodline, a self-consuming barbeque pavilion in Stuttgart, Germany; Urban Punc., an urban strategy for Leisnig, Germany (in collaboration with Troy Schaum); CounterSpace, a housing development in Dublin, Ireland; Noatun, an urban plan for Klaksvik, Faroe Islands; Zoom House, a seasonal extension in Brisbane, Australia; and Half-House, a house in a secret location in the United States. For more information, visit co-da.co.

Since 2000, O'Donnell has worked on numerous commissions and competitions, both independently and collaboratively, including with SMAQ, Shine Project Group, Troy Schaum, Brantley Hightower, and Mike Green. From 2006 - 2008, she was project architect at Eisenman Architects in New york, where she directed the design teams form several projects, including Hamburg Library, Pompei Santuario Railway Station. From 2000 - 2004 she was a designer at KCAP, Rotterdam.

She has contributed to several journals including Thresholds, Log, MAP and Pidgin. She is one of the founding editors (along with Brian Tabolt and Marc McQuade) of Pidgin Magazine and is currently the editor-in-chief of the Cornell Journall of Architecture.

O'Donnell is currently the Richard Meier Assistant Professor at Cornell University. She has previously taught at The Cooper Union and Princeton University. Since June 2008, she has been a fellow at Akademie Schlooss Solitude, Stuttgart, Germany.