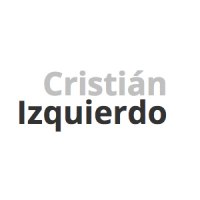 In 2010 he won the competition for a House for the Pilgrims in the Maipú Temple area. Since then he works as independent architect in projects of different sizes and programs, public and private. In 2012 he becomes partner of Izquierdo Lehmann architects.

His work has been exhibited in Chile and abroad, among them, in the MoMA NY (Young Architect Program, 2015) and in the “Extra-Ordinary” Exhibition (CFA New York, 2016). In 2015 his project House in Futrono was distinguished in the XIX Chilean Architecture Biennale. He is professor of theory and studio at the Universidad Católica de Chile.