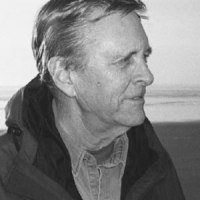 Robert Adams was born in Orange, New Jersey, in 1937, and moved later with his family to Denver, Colorado. After receiving a PhD in California, he returned to Colorado in 1962 as an assistant professor of English at Colorado College. Disturbed by the rapid transformation of the Colorado Springs and Denver areas, Adams began photographing a cherished landscape newly replete with tract homes, highways, strip malls, and gas stations.

Since his beginnings as a photographer, photography publications have had a main position in his practice. Books such as Perfect Times, Perfect Places; Listening to the River and Pine Alley demonstrate that Adams has also been devoted to recording the glory that remains in the West. Additionally, he has written insightful and eloquent essays on the practice and goals of art, which have been collected in the volumes Beauty in Photography (1981) and Why People Photograph (1994). Since 1997 he has lived in Oregon, the landscape of which has been the subject of his last 20 years of work.

Adams’s work has been the subject of solo exhibitions at the Museum of Modern Art, New York; the Denver Art Museum; the San Francisco Museum of Modern Art; and the J. Paul Getty Museum, Los Angeles, as well as a major midcareer retrospective organized by the Philadelphia Museum of Art in 1989. Among the artist’s many awards is the Spectrum International Prize for Photography (1995), the Deutsche Börse Photography Prize (2006), and the Hasselblad Award (2009).