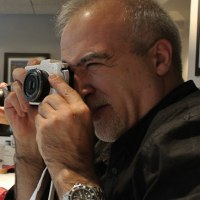 David Airob (Barcelona, 1967) works as staff photographer at “La Vanguardia” newspaper, where he was Chief Photo Editor from 2007 until 2010. Since joining in 1990, he has covered for this daily newspaper a wide range of topics: from election campaigns to Olympic Games and Football World Cup. Besides his work at “La Vanguardia”, he has carried out other personal projects which won different prizes.

His images have been published in international magazines such as Time, Paris-Match, Der Spiegel, among others.

Co-founder of the “Centre de Fotografia Documental de Barcelona”, he has led master classes, workshops and conferences in several Spanish universities and education centres.  Jury member in photography contests like the latest edition of “Fotopress”, his work as a photojournalist has been shown in several individual exhibitions and books. Editor of “The W side”, blog on photojournalism and photo editing.