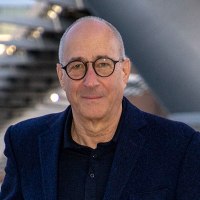 Alex Lifschutz. Founding Principal of Lifschutz Davidson Sandilands. Following a degree in sociology and psychology at Bristol University and research in cognitive psychology, Alex studied at the Architectural Association in London. He joined Foster Associates in 1977, worked on the Hong Kong & Shanghai Bank from 1981 to 1985 and in 1986 he formed Lifschutz Davidson with the late Ian Davidson.

Alex has had a 25-year relationship with communities and businesses on London’s South Bank, working with the Coin Street Community Builders to regenerate an area that was not long ago a twilight zone in the city, through development of co-operative housing, commercial ventures to support it and new urban realm initiatives. The groundbreaking OXO Tower mixed-use development was a major catalyst in the regeneration of the area which has gone on to become one of the most popular destinations in London.

Recently completed projects include the new Indoor Sports Centre for the University of Birmingham, Bonhams auction house in Mayfair and Foyles flagship bookshop on Charing Cross Road. Ongoing work ranges from a masterplan for 11,000 homes at Barking Riverside and a new London suburb at Kidbrooke Village, to the Institute of Future Living, the first phase of the new campus for UCL in East London.

He recently guest edited an edition of AD titled ‘Loose-fit Architecture, designing buildings for change’. Alex is past president of the Architectural Association.