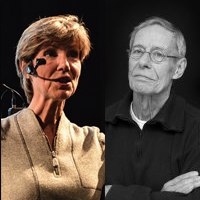 Dok architecten based in Amsterdam, was founded in 2007 by Liesbeth van der Pol and Herman Zeinstra. The studio houses buildings that meet all the needs of customers. The field they work in is very wide, residential homes, schools, commercial buildings ... They also entrust themselves with supervising urban development plans. Its comprehensive approach is driven by engineering and sustainability, as well as by a focus on process and budget control.

In 1989 she established herself as an independent architect with Herman Zeinstra and Onno van den Berg. In 1995 she created the firm Atelier Zeinstra van der Pol with her partner Herman Zeinstra. The company grew rapidly and soon gained a reputation for its wide variety of projects, including residential housing and buildings for the cultural and industrial sectors. In 2007, she co-founded Dok achitecten, which she directs together with Patrick Cannon. She was head of government from 2008 to 2011 and is now the supervisor of Schiphol Airport.

Herman Zeinstra (Harlingen, 1937) studied BNA architectura after studying Architecture and Construction at the Faculty of Engineering and Technique. After working in an architectural studio in Amsterdam and Tel Aviv, he started solo in Tel Aviv in 1969. On his return to the Netherlands, he established himself as an independent architect in Amsterdam in 1975. In 1995 he founded the Atelier Zeinstra van der Pol together with his partner Liesbeth van der Pol.

Herman Zeinstra was co-founder of Dok architecten in 2007. The work of Zeinstra has a recognizable signature: clear proportions, an expressive use of materials and a great attention to detail. He has won several awards including the Dino Cup for the doyen of Dutch architecture in 2002 and the Amsterdam Zuiderkerk Prize in 2005.