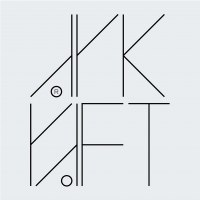 ARKRAFT is an architecture studio established in 2011 in the city of Monterrey by Marco Ríos. The office is based on a collaborative platform with a central and clear idea: architecture as a trade, not a luxury, explores possibilities based on that.

The work is developed through constant questioning of the project paradigm, responds to the search for simplicity and geometric rationality, prioritizing the conceptual approach.

He has been awarded the Cemex Works Award and selected for national architectural competitions, in addition to the fact that his projects have been disseminated in different national and international publications, and participated in talks at public and private universities.

ARKRAFT focuses on the design and development of projects from the minimum scale, always trying to go beyond the simple commission.

It is committed to the processes of conceptualization as a starting point towards new dynamics of living, for that space that transforms daily to emotional.