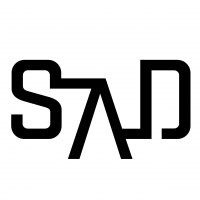 Atelier SAD was founded in 2002. The main representatives had worked as a creative team a few years earlier. The first joint venture was Všenory, the realization of a family house. The studio is run by four people: Adam Jirkal, Jerry Koza, and the twin brothers Martin and Tomáš Kalhous.

Adam Jirkal was born in Jablonec Nad Nisou. He graduated from industrial high school, where he took up the trade. After high school, he went to Prague to UMPRUM and started in the sculpture workshop of V.K. Novák. During his studies, he did internships in Sweden (jewelry) and Romania (photographic studio).

Jerry Koza was born in 1976 and in 1995 he joined the UAT. In 1999 Jerry Koza began his studies at the University of Applied Sciences in Prague. In 2002 he has included in the publication Czech 100 Design Icons. A year later Jerry won the Ladislav Sutnar prize. In 2005 he graduated from VŠUP and joined the studio of ac. Arco. Jindřich Smetana. In 2017 Jerry is a professor at Archip University.

Martin and Tomáš Kalhous were born at the confluence of the rivers Elbe and Chrudimka. Martin Kalhous graduated from the Water Industry High School in Vysoké Mýto. He later studied at the Faculty of Architecture of the Czech Technical University and had a one-year study stay at the PTU in Valencia at the Faculty of Fine Arts.