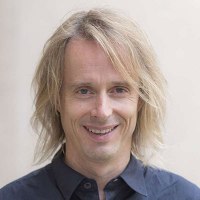 Atkinson’s research and teaching focus on the art and architecture of the Italian Renaissance, with a particular focus on the experience of artistic environments and urban spaces in late medieval and Renaissance Italy. These fields have led him into investigations of the soundscapes of Renaissance Florence and the role of the acoustic environment in the meaning of built space and the construction of social communities. Currently he is exploring ways of using new digital technologies to visualize these acoustic and spatial relationships. Two other long-term projects are now underway. The first involves a study of urban disorientation in the Renaissance city. This project comprises two trajectories, one being an analysis of the ways in which Italians encountered and navigated the topographies and monuments of foreign territories, the other a more locally based investigation of the multi-media strategies at work in the massive transformations planned for Renaissance Rome. The second project is a collaboration with Susanna Caviglia, entitled “Wandering in Rome,” which looks at the representation of the mental and physical experience representations of the city by French travelers to early modern Rome.

Atkinson is involved in two collaborative research projects supported by the Neubauer Collegium for Culture and Society: “Interwoven: Sonic, Visual and Textual Histories of the Indian Ocean World” with Philip Bohlman, James Nye, Laura Rings and Anna Seastrand; and “Visualizing the Changing Spatial and Social Ecology of Renaissance Florence” with John Padgett. Atkinson’s book The Noisy Renaissance was a finalist for the Charles Rufus Morey Book Award of the College Art Association. He has held residential felloships at Harvard University’s Villa I Tatti and the Kunsthistorisches Institut in Florence.