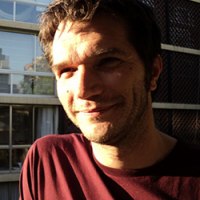 Olivier Balez  is a French,  was born at  Besançon in 14 September 1972, is a longtime comics artist and children’s book illustrator who resides in Chile. He formed in applied arts of the École Estienne in Paris, from 1990 to 1995, and completed his studies at the National College of Art and Design in Dublin, Ireland. He then left to live several months in Barcelona and Sydney. Back in Paris, he created, with other illustrators, graphic workshop: "Les Dents de la Poule."

Olivier Balez a frequent contributor to crime novels covers, both for adults (in the "Librio Noir" collection to which it gives a visual identity and the threshold, the novels of Francis Mizio, Thierry Jonquet, Dominique Manotti ...) and for Youth (Syros, "rat noir" collection).

He has illustrated work in virtually every genre of comics, collaborating with Florence DeCamp, Eric Corbeyran, and Pascale Fonteneau, among many others.