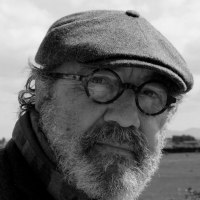 Sergi Bastidas. Born in Barcelona, in 1979 he set up his first architecture practice, BB-Architects, which later gave rise to his current firm, Bastidas Architecture. He began his career also in Barcelona, where he worked with Enric Franch Miret, his mentor, with whom he collaborated for various ADI-FAD industrial design competitions. Over a career of nearly 40 years he has practised in the Balearic Islands, Barcelona, Paris, New York and Marrakech. After several years of working with his sons Gerard and Boris, in 2020 they both joined him in the management team of Bastidas Architecture.

One of the most notable qualities of his work is that his finished projects seem always to have been part of their setting and only an expert eye can easily discern whether they are restorations or new buildings, between what already existed and what has been added. Local landscape and culture thereby become central to each of his projects.

Notable among his extensive work in Mallorca are Hotel Can Ferrereta in Santanyí, the product of renovating and enlarging an 18th-century farmhouse; the rebuilding and restoration of the 18th-century Can O’Ryan mansion in Palma de Mallorca so as to convert it into the Rialto Living store; and many country houses that he has designed, restored or enlarged, such as Sa Barralina, organised around a central courtyard; Son Garrot, in which he aggregated several volumes; or the more vernacular Es Puig. As to his work outside Spain, we may note in particular, for the use of traditional forms and systems and especially of earthen construction, his refurbishment and enlargement of the school of Ameskar in Morocco.