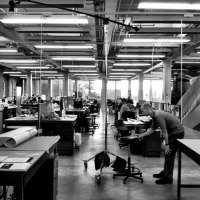 Brett Beyer is an award winning Architectural Photographer based in New York City and will travel for assignments. His fine art prints have been exhibited in solo and group exhibitions including the NY Photo Festival, The Powerhouse Arena, Barometer Gallery, Brooklyn Artists Gym, Office Ops, and The Lacoste School of the Arts in France.

Brett's work has appeared on the websites of METALOCUS, WIRED, The New York Times, National Geographic Adventure, and Resource. His print work has appeared in NY Magazine, Rolling Stone, Time Out New York, NY Spaces, Overflow, Corcoran's Properties for Living, and AM New York.  He was recently featured at the NY Photo Festival, won the 2007 Design Green Award for Photography, and was included in THE Magazine’s 2002 Photo Annual issue.

He lives next to Prospect Park in Brooklyn, New York. He tries to ride his bike and longboard as much as possible.