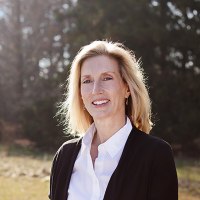 Hallie Boyce, Olin. Partner. A Partner since 2009, Hallie Boyce has seventeen years of experience in the field of landscape architecture and urban design. Her focus is the design of places in the public realm that promote community building and public health through the engagement of urban ecologies and natural systems.

Her expertise in cultural landscapes includes the design of the new U.S. Embassy and Cubitt Square at King’s Cross Station in London, a vision plan for Franklin Park in Washington DC and the Museum of Jewish Heritage in New York. In 2012 she led the design of the winning entry for the Washington Monument Grounds at the Sylvan Theater.

Recently realized projects include the Spirit of Women Park and Nationwide Children’s Hospital Children’s Garden in Columbus, Ohio and the landscape for the University of California Memorial Stadium in Berkeley, California. Hallie has also worked on the design of private estates in Virginia, Wyoming and France.