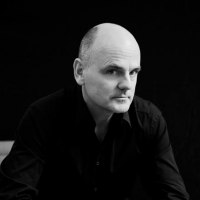 James Corner is a registered landscape architect and urban designer, and founder and director of James Corner field operations, where he oversees the production of all design projects in the office. He is also chair and professor of Landscape Architecture at the University of Pennsylvania, School of Design. He was educated at Manchester Metropolitan University, England (BA with first class honors) and the Universtiy of Pennsylvania (MLAVUD).

His work has been recognized with the Smithsonians Cooper-Hewit National Design Award (2010), the New York City Arts Commission Award for Excellence in Design (2005); the American Academy of Arts and Letters, Academy Award in Architecture (2004); the Daimler-Chrysler Award for Design Innovation (2000); and the Architectural League of New York Design Award (2000).

He serves on the Board of the Forum for Urban Design.