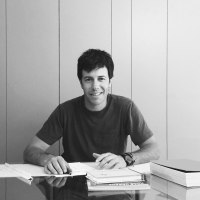 Ignacio Correa is a certified architect in 2000 from the Finis Terrae University and a Master in Urban Project from the Catholic University of Chile. In 2007, and after working in some of the most prestigious offices in the country, he opened his studio as an independent where he developed an architecture that places special interest in the relationship of the project with the landscape in which it is inserted.

Some of his works have been exhibited in various samples of Architecture, such as the Biennials of Santiago, Buenos Aires and the Pan American Biennial of Quito. His work has also been published in specialized magazines in Chile, Italy, Argentina and Colombia, and recently he has been invited and appointed jury for the international ArkxSite architecture competition in Portugal.

He currently works independently and is a lecturer of Workshop and Urban Planning, at the Faculty of Architecture and Design of the Finis Terrae University, in Santiago, Chile.