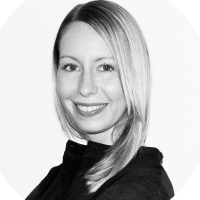 Eva Cotman. Graduated Architecture in 2007 at the University of Zagreb and finished Master’s Degree in “Theory and Architectural Design” in 2010 at Polytechnic University of Catalonia, Barcelona, Spain. Established an architectural office in 2010 both in Barcelona and Croatia, with major individual projects of Interior Design, and large scale projects in collaboration with other offices as Vora arquitectura, Lluís Corbella, Calderon-Folch-Sarsanedas arquitectes among many others.

Active member of AJAC, Catalan Youth Architects Association as one of the organizers of International Architecture Symposium held in Barcelona in 2012. I am also collaborating with architectural magazines “Presjek” and “Oris”, both from Croatia, and writing for various architectural and design blogs.