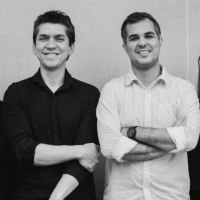 DARP.  Architecture studio estableshed in 2012 by the architects, Jaime Eduardo Cabal and Jorge Buitrago, in Bogotá, Colombia. DARP is an interdisciplinary workshop, which develops consulting projects in studies and designs, focused on the areas of architecture and landscape, which we understand as integrated and complementary disciplines.

Their work has obtained awards and mentions in various national and international competitions, likewise, he has been part of different publications.

Jaime Eduardo Cabal Mejia. Architect, founding partner and director of DARP. He has developed and coordinated projects of an educational, urban and heritage nature at different scales and places in the country such as Bogotá, Barranquilla, Montería, Villa del Rosario and Medellín.

Professor of Representation and Project Workshop at the Universidad Pontificia Bolivariana de Medellín. Since 2006 he has participated in different national and international competitions, being the winner of several projects such as the Tropicario of the Botanical Garden of Bogotá, the lighting of the San Felipe de Barajas Castle in Cartagena and the Gran Colombiano Park in Villa del Rosario.

He has received awards such as the Colombian Architecture Biennial with the Los Colores educational infrastructure, the La Reconciliación Educational Park; and in the Latin American Biennial of Landscape Architecture, with the preliminary project Civic Center of Medellin.

Jorge Emilio Buitrago Gutierrez. Architect, MG in Landscaping, founding partner and director of DARP. He has formulated, coordinated and executed urban, heritage and landscape projects in different parts of the country, combining his professional practice with academic experiences in Barcelona, ​​Portugal and Medellín.

Professor of the master's degree in Design and Landscape, Critical Theory and Project at the Universidad Pontificia Bolivariana de Medellín. Collaborator of the Center for Research and Landscape Projects (CRPP) of Barcelona.

Since 2006 he has participated in different national and international competitions, of which he has received different recognitions at the XX Colombian Architecture Biennial and for the lighting of the San Felipe de Barajas Castle in Cartagena.