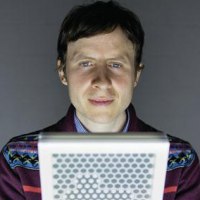 The Living (David Benjamin) was founded with the mission of creating the architecture of the future. Exploring how new technologies come to life in the built environment, they have a passion for the way that targeted constructions can activate urban space. The Living believes cities and buildings are living, breathing organisms. In the context of new technologies and new urban challenges, there is a great opportunity to create corresponding living, breathing design ecosystems. At The Living, they have established a design ecosystem that links complex flows of people, resources, data, and energy. It is based on three primary elements: information, material, and environment. Within this design ecosystem, they work on multiple scales simultaneously. The Living anticipates and welcomes rapid change, and embraces design with uncertainty, design with rules rather than fixed forms, and design with shifting and unknowable forces.

To execute Hy-Fi , The Living worked with collaborators, including Ecovative (the New York start-up that invented their no-waste material), 3M (the company that invented daylighting mirror film), Advanced Metal Coatings Incorporated (the company that is testing their natural materials for durability in New York summer conditions), Shabd Simon-Alexander and Audrey Louisere (the natural-dye artists who are developing custom colors and coatings for their organic bricks), Build It Green Compost (the Queens-based non-profit that will process their building materials after the installation and provide them to local community gardens), Associated Fabrication, Kate Orff and SCAPE Landscape Architecture, Arup, Atelier Ten, Autodesk, Bruce Mau Design, Brooklyn Digital Foundry, and a team of graduate research students at Columbia University who will help construct and deconstruct the structure.

David Benjamin, received his M.Arch. degree from Columbia University, where he has been the Director of the Living Architecture Lab and Assistant Professor since 2005.  He is cofounder of the design and research studio The Living, is collaborating with plant biologists at the University of Cambridge in England to 3D print materials that mimic the forms and structures of bacteria. The director of the Living Lab at Columbia University's Graduate School of Architecture, Planning, and Preservation, Benjamin has played drums in Los Angeles before he started studying architecture at Columbia in 2002. He has since designed a pop-up stadium for Nike—with whom West collaborated on the Air Yeezy—and continues to work on the Advanced Data Visualization Project with Thomson Reuters.