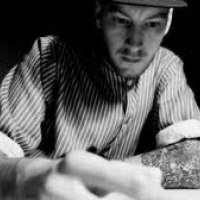 The hand drawn work of Chris Dent takes a fresh and unique approach on all forms of architecture, often focusing on the modern metropolis. His truly original and densely informative drawings combine reality and an original point of view to create engaging and charming representations of the world. His unique style has won him a prestigious and ever-expanding client list including;