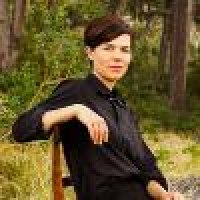 Angela Deuber is a Swiss architect, educated at ETH Zurich (2002). Her practice, ADA is based in Chur, Grisons. From 2007 until 2010 she taught at the ETH in Zurich and was appointed lecturer at Lucerne University in 2012. Her office has produced a number of recognised buildings and projects, including: 2014 House on the Hebridean Island of Harris, Scotland, UK, 2013 School building in Thal, Canton of St. Gallen, 2012 Conversion of a late medieval House in Stuls, Grisons. In 2015 she was the winner of the third edition of the arcVision Price - Women and Architecture.