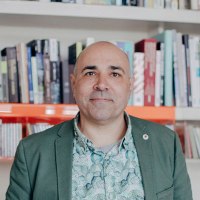 Currently is editor-in-chief at Actar Publishers and urbanNext. He was a member of the editorial staff of the magazine Quaderns d’Arquitectura i Urbanisme (1997-1999) and member of the editors of the magazine Basa, (2004-2008), for which he obtained a mention in the Thought and Criticism FAD prize (2009). He has been a design professor and collaborator in several of the workshops and seminars in the School of Architecture at the International University of Catalonia (ESARQ, UIC), and Elisava School of Design. He has been a visiting scholar in Graduate School of Architecture, Planning and Preservation (GSAPP, Columbia University, New York).