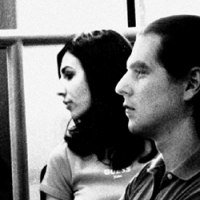 Dosis de Arquitectura, established in 2006, the architecture studio takes form unconsciously by the hand of Isabel Collado and Ignacio Peydro during the academic year 1999-2000 in the Architecture School of Madrid (ETSAM) after meeting each other during a field trip to Portugal to visit the work of Alvaro Siza and Eduardo Souto de Moura a few years before.

Their first intervention as a team was made for a housing proyect for 21 disabled people presented at the IV Madrid Architecture Prize where they achieved a First Mention prize.

Since then, every intervention made in the field of architecture has been made under a common influence, investigation and work system that defines the dosis way of aproaching architecture. This way of aproach seeks systems that self-generate architecture through rules that define a certain growing behavior, specific to each project, that have their origin in the barriers placed to define the work fields of the design.