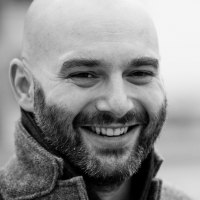 Petr Dub (1976) graduated from the Faculty of Fine Arts in Brno in 2012 with a PhD publication called Selected Postconceptual Attitudes in the Contemporary Czech Painting. In his work he focuses mainly on exploration of the capacity of contemporary painting, object, installation, architecture, public space and their mutual overlaps. The author’s final thesis called UNFRAMED was chosen for the European exhibition Start Point and the cycle TRANSFORMERS ranked among the works of the finalists of the international prize – The Sovereign European Art Prize organized by a Royal Foundation in London under the patronage of the auction hall Christie’s.

Petr Dub was nominated for the Essl Art Award Cee and was selected for Start Up organized by the City Gallery Prague. He is a co-founder of the photo platform Studio Flusser and in 2018 he and Marek Meduna became the new governance of the painting studio IV at the Academy of Fine Arts Prague.