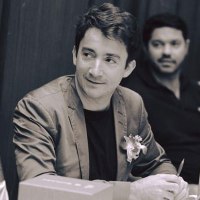 Martin Duplantier. Born in 1979 in Bayonne, of Franco-Belgian roots, Martin Duplantier grew up between Bordeaux and the United States.  He earned his master degree from HEC Paris in 2003 and his Masters from the Ecole Nationale Supérieure d’Architecture de Paris Malaquais in 2007. He draws from his experiences in China, Mexico, and Niger, where he developed, alongside the Akaras Association, a method of earthen construction that uses no wood. He began his career in world-renowned architecture firms, namely with an internship at Gerkan, Marg und Partners Architekten in Berlin.  He was then an employee at David Chipperfield Architects in London, where he was part of the Concept Team in charge of international competitions.

Stemming from his previous collaboration with David Chipperfield, the pair decided to work together on the extension of the HEC campus at Jouy-en-Josas, which was delivered in Summer 2012.  In the same stride, Martin is working on other campus-based projects, both urban and rural, that act as reservoirs for people and ideas where knowledge, the intangible, and the immaterial, mesh.

The main Emergency Centre of Biscarosse, completed in September 2012, was his first civic project.

Martin Duplantier has also worked on a number of projects at the regional scale:  the Seafront at Anglet, the development of Simrishamn Harbour (Sweden), the Euratlantique Project in Bordeaux, and the freshly rewarded Alzette regeneration project on the border to Luxemburg.

Driven by the desire to explore the design problems of our time (i.e. the rethinking of the campus ideal, the densification of urban centers, the rehabilitation of once-pristine lands, etc.), and the wish to enrich both his practice and approach, Martin attended the University of Bordeaux in 2011 to earn his Masters of Urban Design, all the while continuing his work at his firm.