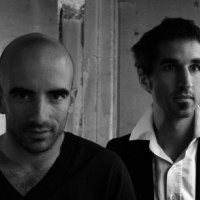 ENCORE HEUREUX was laureate of the 2009 Metropolis Next Generation prize and won the NAJA 2006 prize from French Ministry of Culture.

Nicola Delon born in Constantine (Algeria) in 1977. He grew up in South West of France. Studied architecture in Toulouse (95-98), University of Montreal / Mc Gill University, Canada (98-99) and Paris la Villette (00-02). Create ENCORE HEUREUX with Julien Choppin in 2001. Nicola Delon made lectures and exhibitions in France and abroad (USA, Canada, Mongolia, Brazil). Teatcher at the Ecole Spéciale d’Architecture (Paris) since 2009.