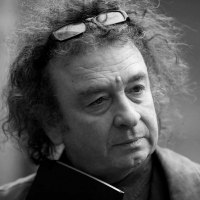 Pierre-Louis Faloci, born in 1949, is a DPLG architect, who graduated from the University of Paris 7 in 1974. The following year, he opened his office. He is a professor at the National School of Architecture in Paris-Belleville and received the Equerre d'Argent award in 1996 for Le musée de la civilization Celtic, as well as the Grand National Architecture Prize in 2018.

Notable works are: In the Natzweiler-Struthof concentration camp, the scenery and urban planning of the European Center for Deported Resistance Fighters, in Avesnes-sur-Helpe, the urbanization of the Vauban fortifications and the court building. The Musée Hèbre de Saint-Clément in Rochefort, the restructuring of the building and the scenography. The Dunkirk Center for Memory and the Future. Le Lens' 14 - 18 War and Peace History Center. The Museum of the Battle of Valmy 1792 in the Grand Est, a work that in July 2022 was awarded the national label Remarkable Contemporary Architecture.