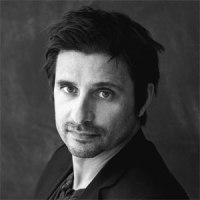 Studio Farris Architects is an architectural practice based in Antwerp, Belgium and founded by Italian architect Giuseppe Farris in 2008. The studio’s goal is to discover the intrinsic potential in every project, questioning the obvious, exploring the surroundings and cultural heritage. This always while looking for harmony between sustainability and innovation, functionality and experience, ratio and feeling. The building’s users play a fundamental role in the conception of the architecture.

Giuseppe Farris was born on November 11, 1972 in Cagliari, Italy. After attending secondary school, he got his master in architecture at the Istituto Universitario di Architettura di Venezia (IUAV) in Venice.

In 2001 he moves to Belgium and from then he works on various projects in cooperation with Jo Crepaim. In 2008 he founds Giuseppe Farris Architects in Antwerp of which he is currently the managing director and lead architect. In 2009 he wins the competition for the refurbishment of the entrance hall of the Flemish Parliament in Brussels. After the completion in 2010, he was nominated for the Dutch Lai Award. The renovation of the city hall of Leuven, to host new spaces for Belgium’s public broadcasting company VRT, started in 2010 and was finished in 2012. In early 2015, he was nominated for the WAN 21 for21 Award (London), and shortly thereafter he won the Architizer A+ Award (New York) for the Park Tower.