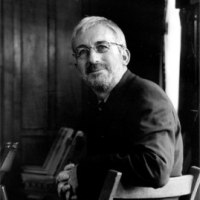 Luis Fernández-Galiano (1950) is an architect, professor at the School of Architecture of Madrid’s Universidad Politécnica and editor since 1985 of the journals AV/Arquitectura Viva. Between 1993 and 2006 he was in charge of the weekly architecture page of the newspaper El País, where he now writes in the Op-Ed section.

Member of the Royal Academy of Fine Arts and of the Royal Academy of Doctors, he is an International Fellow of the RIBA, and has been Cullinan Professor at Rice University, Franke Fellow at Yale University, a visiting scholar at the Getty Center of Los Angeles, a visiting critic at Princeton, Harvard and the Berlage Institute, and has given lecture series at the Universidad Menéndez Pelayo and the Fundación March.

He has been on the jury of several international competitions in Europe, America and Asia, including those of the National Library of Mexico, the National Art Museum of China, the National Library of Israel and the Noble Qur’an Oasis in Madinah. Among his books are La Quimera Moderna, Fire and Memory, Spain Builds (with New York’s MoMA in its English version, and presented in its Chinese version with symposiums in Shanghai and Beijing) and Atlas, Architectures of the 21st Century, a series of four volumes.