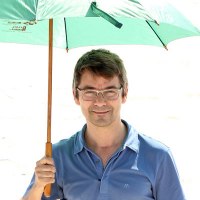 Ferran Vizoso is an architect by the E.T.S.A.Barcelona, Universidad Politécnica de Cataluña since 1998, architect collegiate by the Official College of Architects of Catalonia since 1999 and Member of the Scientific Committee of the Menorquin Institute of Studies (IME) of the Balearic Islands in 2011.

Between 2010 and 2011, he made the consolidation of an old church and implementation of ETFE cover, Tarragona.He made the adaptation of the public space, cistern and parking next to the old cemetery of Ciutadella, Menorca between 2010 and 2011 and the restoration of the tower of the former Hospital of the Lazareto. Puerto de Maó, Es Castell, Menorca  between 2007 and 2008. He made the reform of an old hospital for a residence for minors, Maó, Menorca. Parking, pedestrian access and garden between 2005 and 2008. Interpretation Center Es Grau Natural Park, Maó from 2002 to 2008.

Meanwhile to his professional career as an architect, he has developed a extend career as a teacher: Professor of the "Master in Interior Design for Commercial Spaces", subject: "Energy & Geometry" at the Instituto Europeo di Design, Barcelona since 2014 to today. From 2009 to 2014 he was a guest lecturer at the annual "Barcelona Summer Studio" at the School of Architecture and Planning, University at Buffalo, State University of New York, USA. He was professor of the first course "Introduction to Architecture" by the Polytechnic School of Architecture, University of Girona in 2008 and an assistant professor in the Landscape Department of Christoph Girot Departement Architektur, Eidgenössische Technische Hochschule (ETH), Zurich,Switzerland in 2005 and assistant professor in the Chair of Architectural Projects of Josep Lluís Mateo in the Departement Architektur, Eidgenössische Technische Hochschule (ETH), Zurich, Switzerland in 2004.