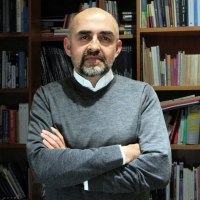 Julio César Moreno is an architect since May 1994 by the E.T.S. of Architecture in Madrid, where he also obtained the title of Master in Advanced Architectural Projects in 2013 and where he is currently developing his doctoral thesis and participating in research projects.

He is a professor in the Architectural Projects area of the Degree in Fundamentals of Architecture at the Rey Juan Carlos University (Madrid), since the 2018-2019 academic year.

He has been a professor of the Architectural Projects subject of the Degree in Architecture degree at the Pontifical University of Salamanca, Madrid Campus, from the 2006-2007 academic year to the 2013-2014 academic year.

Under the name of functional he communicates some of the results of his professional activity, which since 1994 has focused on the preparation of building projects and the monitoring of works.