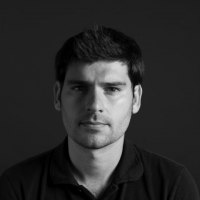 Iker Gil is the founder of MAS Studio, the Editor in Chief of the nonprofit MAS Context, and the Executive Director of the SOM Foundation. He has edited or coedited several books including Radical Logic: On the Work of Ensamble Studio and Shanghai Transforming.

He has curated multiple exhibitions including Nocturnal Landscapes, Poured Architecture: Sergio Prego on Miguel Fisac, and BOLD: Alternative Scenarios for Chicago, part of the inaugural Chicago Architecture Biennial. He was cocurator of Exhibit Columbus 2020–2021 and Associate Curator of the US Pavilion for the 2018 Venice Architecture Biennale. He has taught at the School of the Art Institute of Chicago (SAIC), University of Illinois at Chicago (UIC), and the Illinois Institute of Technology (IIT).