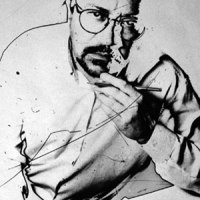 Sergi Godia i Fran. (Barcelona 1948), Architect by the UPC University of Barcelona (Spain) in 1970. He founded his first office in 1971 with J. Ardèvol, P. Aixas , J. Laviña, P. De la Villa y J. Urgell and in 2001 founded his firm Godia&Barrio Arquitectes with Berta Barrio. He also was professor at the university in 1977-78.He has carried out many projects of buildinds, and public space along his career. The client of Most of them was Public Administration. His work has been widely published and recognized with some Awards like three FAD Awards, the AIA Award (American Institute of Architects) and Finalist on III Mediterranean Landscape Award 2011, Rosa Barba European Landscape Award 2002 and selected on BEAU XI 2011.Some of the national and international journals where his work has been published are ON diseño,Qaderns d'Arquitectura i Urbanisme, AV, NA, Lotus, Via Arquitectura and Institut per la Ville en Mouvement.