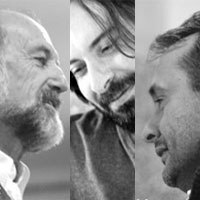 Guedes Cruz Arquitectos is an architecture office based in Lisbon, Portugal. It is a multidisciplinary team with international experience.

The founder is José Guedes Cruz born in 1947 in Lisbon, Portugal. Graduated from the School of Fine Arts of Lisbon (ESBAL) in 1975. In 1976 he was a founding partner of the architecture firm Atelier do Monte based in Lisbon.

In 2004 he founded the architecture firm Guedes Cruz architects based in Lisbon. In 2014 he receives the 2014 A + Award, jury prize and popular election, in the Institutional Category. In 2014 he receives an honorary prize for the presidency of the Portuguese Republic, for the international promotion of arts and culture.

César Marques. Was born in 1970 in Luanda, Angola. He graduated at Architecture Faculty, Technical University of Lisbon in 1996. He worked at Manuel Taínha, architecture Studio in Lisbon between 1988-1998. From 1996 to 1998 was Founder and Partnership of Studio of architecture with Alberto Barradas, architect. He was lecture of Design discipline in the Secondary School of Olivais in Lisbon (1996-1998). He worked at architecture firm Atelier do Monte in Lisbon (1998). Partnership the achitecture firm Guedes Cruz Architects since 2004. In 2014 he was awarded the A+Award 2014, jury prize and popular choice, in the Institutional Category. Congratulation of the Presidency of the Portuguese Republic, for international promotion of arts and culture (2014).