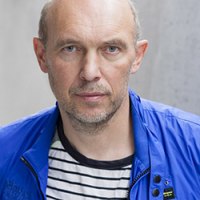 Peter Haimerl was born in 1961 in Eben near Viechtach. Since 1991 he is pursuing the confines/ possibilities of existing technologies in different projects. The widely publicized project „Birg mich, Chilli!” – a converted farmhouse in Eben – was presented with the „Architekturpreis Beton”  in 2008  and the „Best Architects Award“ in 2009, as well as received a recognition of the German Architecture Award in 2011. The „Salvatorgarage“ in Minich was awarded with the  prize for „Stadtbildpflege der Landeshauptstadt München”. With his company „Hauspaten Bayerwald“ he preserves the building tradition of Bayerischer Wald and try to convince the regional  inhabitants of the high quality of their building culture and prevent them from destroying their own history.

He is convinced, as well as Thomas Bauer, that Bayrischer Wald and its inhabitants deserve more high /advanced culture than they actually believe.