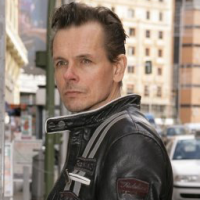 His work is often characterized by somber sensuality with ambient urban night settings.

He targets a film-still style, which creates authenticity in his work. He understands fashion photography more as a way to capture key fragments of ongoing time and reality, not only as trend-scouting.