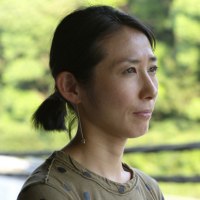 Kumiko Inui. Born in Osaka Prefecture in 1969. Graduated from the Architecture and Planning Course in the Faculty of Fine Arts at Tokyo National University of Fine Arts and Music in 1992. Completed a master's course at the School of Architecture, Yale University in 1996. Worked at Jun Aoki and Associates from 1996 to 2000. Established the Office of Inui Kumiko in 2000. Currently serving as an associate professor at Tokyo University of the Arts. Her important works include the Kataokadai Kindergarten Renovation (2001), Jurgen Lehl Marunouchi (2003), Dior Ginza (2004), Apartment I (2007; recipient of Shin-Kenchiku Prize), Small House H (2009; recipient of Tokyo Society of Architects & Building Engineers Prize), Flower Shop H (2009; recipient of Japan Federation of Architects & Building Engineers Association Prize, and the Good Design Gold Award), and Tasaki Ginza (2010). Her published works include Episodes (INAX, 2008) and Home of Asakusa (Heibonsha, 2011).