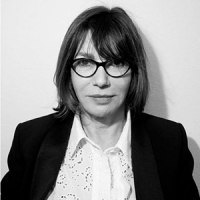 French-born architect Annabel Karim Kassar has developed an international expertise in Architecture and Interior Design since founding her architectural practice in Paris in 1994. Annabel Karim Kassar has been credited with breathing new life into the Middle East’s most creative capital, Beirut. In the mid 90's, she was declared winner in a competition for the reconstruction of the city’s souks. She is also responsible for creating some of Beirut’s hottest venues, Momo at the Souks with Mourad Mazouz, Strange Fruit and Balima.

She now has offices in Beirut, Dubai and London. She is currently working on completing major architectural projects in Lebanon and UAE among which Al Zorah pavilion, winner of the German Design Council 2014 Architecture Iconic Awards, and a Golf club in Ajman. Alongside her architectural practice, Annabel Karim Kassar has created Caï-light, a company dedicated to Lighting Design with lighting designer Christophe Hascoet and architect Isabelle Rolland.