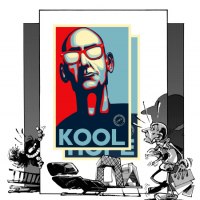 Klaus is a frustrated cartoonist who lives in an old castle in Europe, intermittently uploading his cartoons in Klaustoon’s Blog since 2009. Much to his surprise, his work is often published in architectural publications, such as The New City Reader, Aequus, eVolo, (In)forma, Clog, (Dis)Courses, Harvard Design Magazine, The Harvard Satyrical Press, MAS Context, Conditions, Studio, Project International, or Volume. Also, it has been exhibited in places such as Barcelona, Cambridge, Chicago, London, Naples, New York, Portimao, or, most importantly, OMA’s canteen. Currently, he publishes a monthly cartoon in the “Klaus’s Cube” section of uncube magazine and still owes Sanford Kwinter a cartoon. He is not Rem Koolhaas.